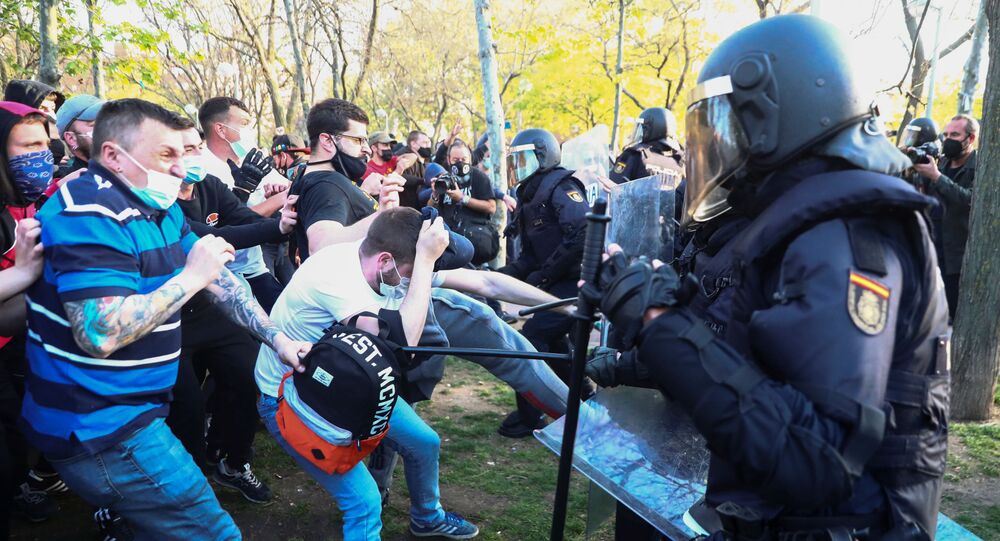 MADRID (Sputnik) – Several people were injured or detained on Wednesday as left wing activists clashed with police officers during a demonstration held by the right wing VOX party in Madrid’s Vallecas district, a Sputnik correspondent reported from the scene.

The right wing party decided to stage a demonstration on Wednesday in Vallecas, a neighborhood known for its support for left-wing parties, to kick off its campaign ahead of early regional elections in the autonomous community of Madrid scheduled for May 4. The rally was perceived by local residents as a provocation and prompted them to hold their own protest action.

After the VOX party’s demonstration started, left activists began to throw stones and bottles at the police cordon set up along the place hosting the right wing supporters’ rally. The police responded by deploying batons.

“This is a provocation. The last time the right wing activists held their rally in the district was 40 years ago, there was one victim [back then] … For VOX, this is an advertisement, but we must make it clear that we do not need them,” a local resident told Sputnik.

During the previous election in 2019, only 5 percent of Vallecas residents voted for the VOX party, while representatives of left-wing parties gained 77 percent of the vote.

Italian PM Conte to Announce His Will to Resign on Tuesday, Government Says