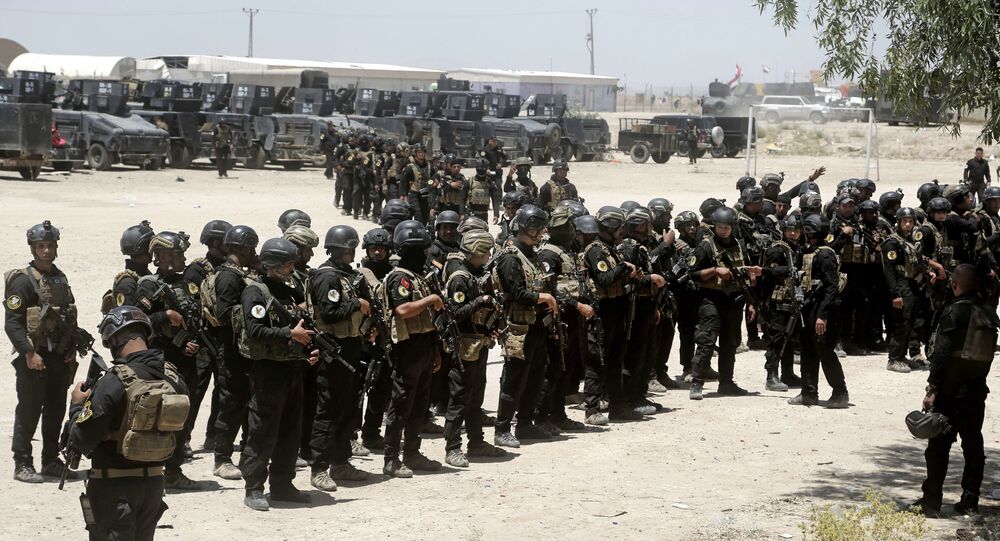 BAGHDAD (Sputnik) – Iraq will soon no longer need the presence of the international military coalition and will be able to fight terrorism by itself, Prime Minister Mustafa Al-Kadhimi said Wednesday.

“A significant growth of our security services potential and the changing nature of the terrorist threat across the world have in recent months provided the ground for the pullout of some 60 percent of international coalition forces from Iraq … This allows Iraq to move to the stage where there is no more need for the presence of foreign troops,” the prime minister said in a statement received by Sputnik.

The statement was made ahead of the third round of strategic talks between Baghdad and Washington on the status of US-led coalition troops in the Middle Eastern country.

The prime minister said that foreign forces can soon be limited to advisory, logistical support and intelligence sharing functions until Iraq gains total self-reliance capabilities in these areas as well. The upcoming US-Iraq consultations will deal with a broad range of issues apart from foreign military presence, such as cooperation in politics, economy, health and culture, according to the prime minister’s statement.

In August 2020, the sides agreed to pull all foreign troops out of Iraq within three years. In October, a coordination group was formed to set up a timetable for the withdrawal.

The issue of pulling foreign forces out of Iraq was raised by the Iraqi parliament in early 2020, when the US killed senior Iranian special forces commander Qasem Soleimani near the Baghdad airport in an airstrike without telling the Iraqi side. Lawmakers voted in support of a resolution calling for a total pullout. Since then, the US handed a number of military sites back over to Iraq, including airbases and army headquarters.