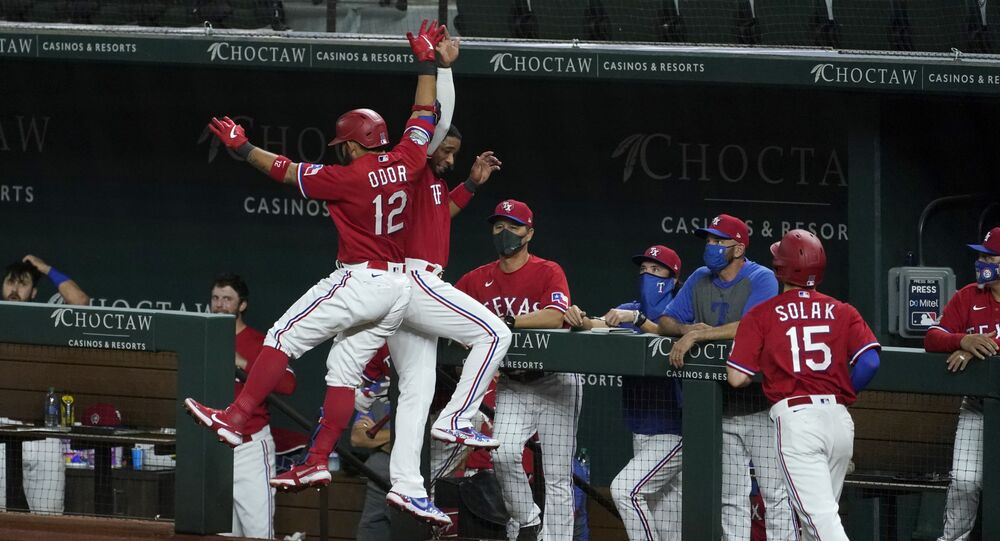 Major League Baseball’s (MLB) decision to relocate the All-Star Game from Georgia’s Atlanta to Colorado’s Denver over objections to the Peach State’s new voting law has raised many eyebrows as Colorado election rules are no less strict, conservative observers say, accusing the league of hypocrisy.

Over the last two weeks MLB, a number of Georgia-headquartered corporations, black activist groups, and even the White House have slammed the state’s Election Integrity Act of 2021, denouncing it as “racist” and “Jim Crow on steroids.”

The new legislation, which was signed into law on 25 March, requires photo ID for absentee ballots, halts their acceptance within 11 days of an election, prohibits third-parties from giving gifts to voters standing in line at a polling place, and provides sanctions for violations.

The bill is believed to have be triggered by the 2020 elections controversy and last-minute loosening of voting restrictions under the pandemic pretext in a number of states. In some of them, such as Michigan, Virginia, and Wisconsin, state courts later reversed the relaxed rules.

The accusations of “racism” thrown at Georgia officials prompted a heated debate over how the legislation’s provisions could discriminate one on the basis of race.

​Speaking to Fox News on 6 April, GOP Senator John Neely Kennedy of Louisiana called upon MLB to explain why the league believes the Georgia voting law is “racist.”

MLB’s decision to pick overwhelmingly-white Denver instead of 51 percent-black Atlanta has added more fuel to the fire. When it comes to Colorado voting rules, they are even stricter in some respects, argue conservative observers.

The Centennial State’s election law also requires voter ID for in-person and absentee voting and prohibits campaign workers wearing political branding to offer water, snacks, and other items to voters who are waiting in line. In addition, while Georgia now has 17 days of in-person early voting, Colorado has just 15 days, as Republican Senator Tim Scott highlighted in his recent tweet.

The @MLB is moving the #MLBAllStarGame out of ATL which has more day-of voting rights than CO?

The Wokes are at it again, folks.

​In addition, given that nearly 30 percent of Atlanta’s businesses are black-owned, MLB’s decision to move the All-Star Game out of the city will cost them dearly, the Daily Caller warns. Holly Quinlan, president and CEO of Cobb Travel and Tourism, told CNN last Friday that Georgia is likely to lose $100 million due to the league’s demarche.

“Can [MLB] just admit it was all about partisan politics all along?” tweeted Clarence Burgess Owens, former professional football player and the US representative for Utah’s 4th congressional district.

So, the @MLB chose a state with stricter voting laws… Can they just admit it was all about partisan politics all along?

​To complicate matters further, Denver’s Coors Field – reportedly chosen by MLB –  is mired in its own historic controversy being named for Coors Brewing Company, which intentionally discriminated Black people, Mexican-Americans and women, in the 1970s, all in violation of the 1964 Civil Rights Act, according to the Daily Mail.

“Let me just refute the first point you made,” she said. “First, let me say on Colorado, Colorado allows you to register on Election Day. Colorado has voting by mail where they send to 100% of people in the state who are eligible, application to vote by mail… The Georgia legislation is built on a lie. There was no widespread fraud in the 2020 election.”

PETER DOOCY: Is the WH concerned MLB is moving their All Star Game to Colorado, where voting rules are very similar to Georgia?

PSAKI: Let me refute that. CO has same-day registration, universal mail voting… it’s important to remember the context. The GA bill is built on a lie pic.twitter.com/TaDLU0mYNP

​Having said this, Psaki added, however: “But ultimately, sorry, let me add one more thing. It’s up to Major League Baseball to determine where they’re holding their all-star game.”

While some consider Georgia laws too tough, former President Donald Trump argues that the state’s election reform law is “far too weak and soft to ensure real ballot integrity.”

​”Governor Brian Kemp and Georgia Secretary of State should have eliminated no-excuse, wide-spread mass mail-in voting, gotten rid of dangerous and unsecure drop-boxes and should have kept and expanded signature verification to do matches against the historical voter file, among other things!” Trump stated. “Hope the RINOs are happy.”

Russian Ambassador to US Antonov Sets Off to Moscow for Consultations

Trump Pledges GOP Will Reclaim House and Senate in 2022 Midterms, ‘Win the White House’ in 2024