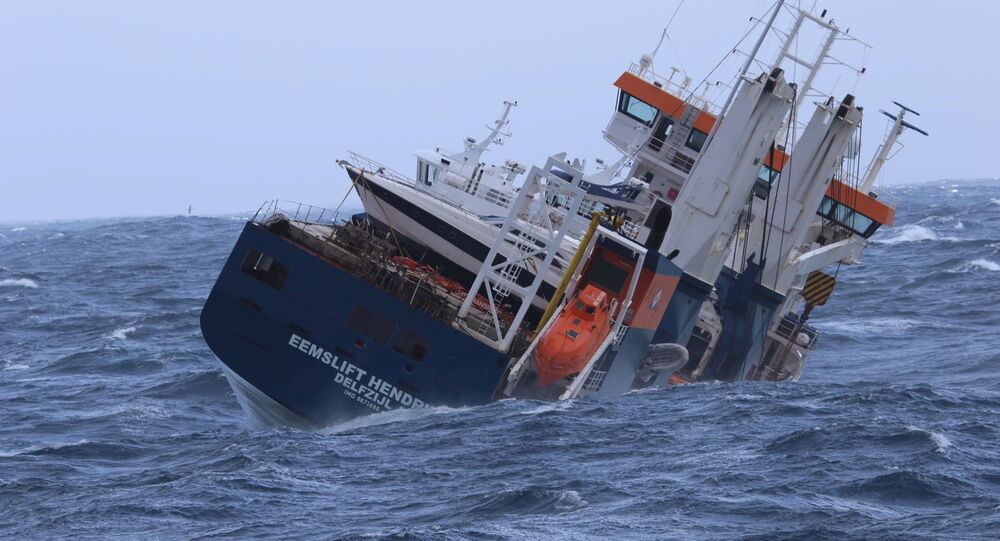 MURMANSK (Sputnik) – A Dutch-flagged cargo ship named “Eemslift Hendrika” which has been adrift in the North Sea for several days without the crew was taken in tow and is expected to arrive in the Alesund municipality in western Norway on Thursday, the NRK broadcaster reported.

According to the media outlet, the rescue services had to act promptly on Wednesday evening to prevent a spill of oil products if the vessel was thrown on land. Nonetheless, the situation was taken under control.

The ship, carrying some 350 tonnes of oil and 50 tonnes of diesel, transmitted a distress call on Monday.

The crew was soon evacuated by helicopter, but the vessel continued to drift with a high risk of capsizing and causing an oil spill. The emergency response teams were unable to conduct a rescue operation for several days due to unfavourable weather conditions.

Over 40% of Vaccinated French Citizens Would Want to Get Sputnik V COVID-19 Vaccine, Poll Shows