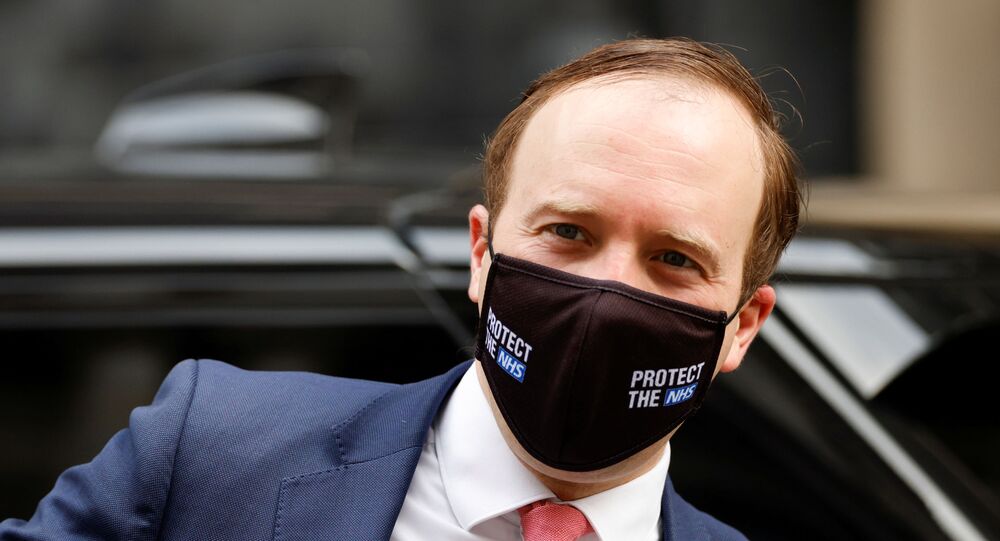 The University College London study holds out hope that the UK will not see a major third wave of coronavirus infections like its European neighbours are suffering, thanks mainly to its rapid vaccination programme.

The UK’s Health Secretary has ruled out a faster exit from the COVID-19 lockdown even after a top university predicted “herd immunity” within days.

Matt Hancock told LBC’s Nick Ferrari on Thursday morning that the government would stick to the “roadmap” laid out Prime Minister Boris Johnson in February — with “non-essential” shops set to open on April 12 along with open-air dining and drinking.

“We want to get out of this safely and irreversibly, and that is why we set out the roadmap,” Hancock said in response to criticism of the “slow” relaxation of restrictions.

A dynamic modelling study by the prestigious University College London (UCL) — considered among the top five in Europe — predicted that 73.4 per cent of the population would be immune to the deadly coronavirus, either through vaccination or previous infection, by April 12.

“The herd immunity estimates surprised me,” UCL Professor Prof Karl Friston said of the new study. “However, they are unremarkable when one considers that over 50 per cent of adults have been vaccinated, around 42 per cent of people have now been exposed to the virus and about 10 per cent have pre-existing immunity.”

Antibody testing data released by the Office for National Statistics (ONS) last week indicated that more than half population had immunity to COVID-19 by March 14, since when over 7 million more adults have been vaccinated and 100,000 more people have tested positive for the virus.

“I was told by some scientists that we were going to have herd immunity in May, and then in June, and then after that,” Hancock told Ferrari sceptically.

Hancock countered that the latest Imperial College study was based on Data, “not on modelling” — unlike its earlier prediction of half a million deaths.

“I think we have taken the right course in plotting our way to freedom and doing it carefully because we want it to be irreversible,” the minister said. “We have seen what happens when this virus gets going, and we’re seeing it getting going right now on the continent.”

The government’s SAGE advisory committee warned earlier this week that Britain could face a third wave of infections, similar to those that have hit European nations, with infection rates and death tolls as high as the last peak in January. But with 60 per cent adults already receiving their first vaccine dose and one in ten having their booster, those figures continue to fall.

​Ferrari also challenged Hancock that Johnson’s promise of “freedom” in February should not mean submitting to a twice-weekly nasal swab test.

What is Herd Immunity?

Herd immunity, also called community or population immunity, is the basis for mass vaccination campaigns including those against childhood diseases including measles, rubella and mumps.

It works on the principle that the more people are immunised — either by infection, vaccination or inherent immunity — the less likely an infected person is to come into contact with someone who is still vulnerable to the disease and pass it on.

“When factoring in the estimated efficacy of vaccination in terms of sterilising immunity, this — according to the model — means about 70 per cent of the population are immune,” UCL’s Prof Friston said. “Based upon contact rates at the beginning of the pandemic and estimated transmission risk, this is nearly at the herd immunity threshold.”

Prince Harry is Expecting an ‘Apology’ From Royal Fam Over Treatment of Meghan, Insider Claims