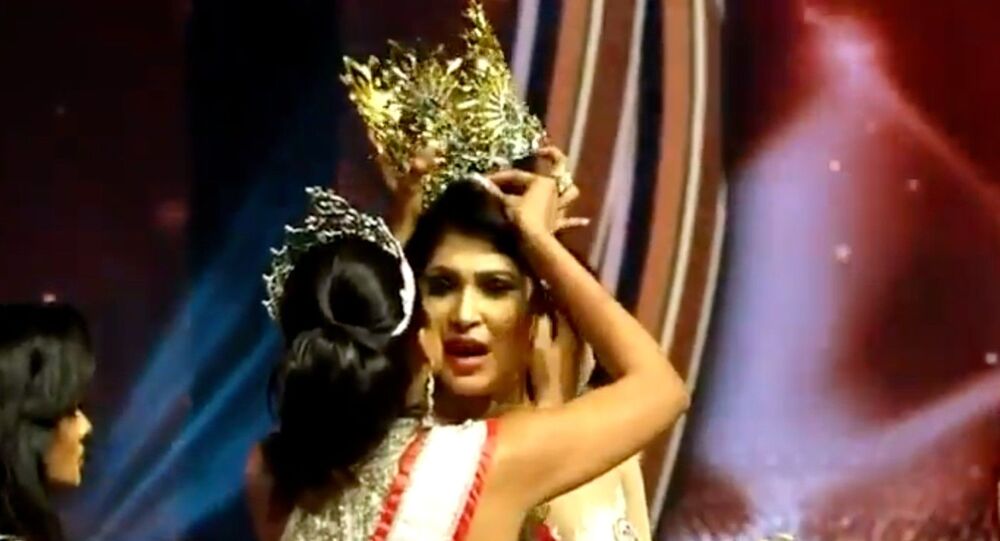 The “Mrs Sri Lanka” beauty pageant event, was held on Sunday in the country’s capital Colombo, saw an unexpected twist. After declaring the winner as Pushpika de Silva, the present “Mrs World” Caroline Jurie snatched the crown from her head and awarded it to the first runner-up. She reportedly received head injuries and ended up in hospital.

The Colombo police on Thursday arrested the present “Mrs World” Caroline Jurie on charges of assault over an on-stage brawl in which she pulled the crown off the head of the new “Mrs Sri Lanka”, Pushpika de Silva.

Caroline Jurie snatched the crown off Mrs Pushpika de Silva minutes after she was declared “Mrs Sri Lanka 2020” at a gala event on Sunday at  Nelum Pokuna (theatre) in Colombo.

In the video of the brawl which has gone viral, Jurie claimed that Pushpika was divorced and therefore ineligible for the prize. She said that to qualify for the title, contestants must be married. It was later clarified that Pushpika is estranged from her husband, but they are still lawfully married.

The fight not only left Pushpika injured and hospitalised, but the organisers accused Jurie of damaging the stage and backstage dressing rooms and they are reportedly claiming compensation.

“We have arrested Jurie and [her associate] Chula Manamendra in connection with a charge of assault and causing damage to Nelum Pokuna [theatre],” senior police official Ajith Rohana told local media.

Talking to reporters, Pushpika said that she had been ready to drop charges if Jurie made a public apology, but she had refused.

“I tried to end this out of court, but she has refused. I can forgive, but not forget,” she said.

Jurie was the previous year’s “Mrs Sri Lanka” and had gone on to win the “Mrs World” competition organised by a California-based company.

Although there was no immediate comment from Jurie or her lawyer, the police official said that a court hearing is likely to be held next week and could be granted bail later Thursday.

Calling her “Mrs Under World”, netizens have been demanding the organisers strip the Mrs World title from Jurie.