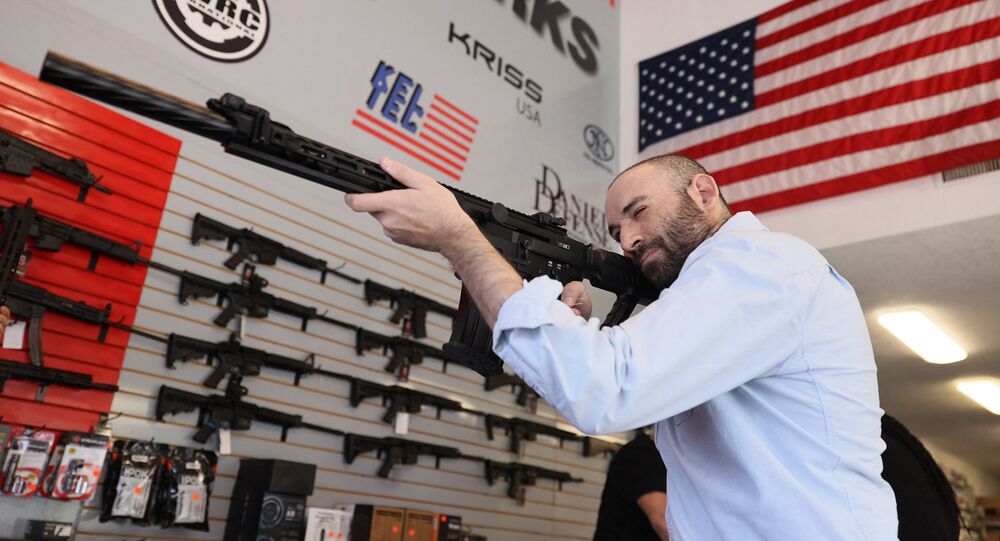 Since the start of his administration, US President Joe Biden has faced pressure from House Democrats to fulfill his campaign promises and place federal regulations on assault-style weapons.

Biden is expected to introduce at the White House on Thursday his long-awaited package of executive actions intended to curb skyrocketing gun violence within the US.

Citing sources familiar with the matter, Politico reported that some of the executive actions under consideration would require buyers of devices known as ghost guns – homemade or makeshift firearms without a serial number – to undergo background checks.

The actions will also most likely include promises from his 2020 campaign to support legislation in closing the so-called “Charleston loophole,” which allows guns to be transferred between licensed gun dealers to interested buyers before a background check is completed.

There is also a consideration for placing a ban on assault weapons and high-capacity magazines, as well as repealing gun manufacturers’ immunity from liability. Prohibition of firearm purchases for those convicted of domestic violence against their partners and federal guidance on home storage safety measures are also speculated as being part of the overall plan.

Other executive actions may include a plan by US Sen. Chris Murphy (D-CT) to reintroduce his universal background check bill. Murphy has boasted of bringing the bill to the US Senate floor, but not without hearing from the White House first. The senator believes that if the government is going to pursue legislation then “our best chance to pass a background checks proposal is this year. I don’t want to have to wait for a mass shooting.”

Due to pressure from officials, there is likely to be a push for gun control legislation in response to deadly US mass shootings. However, it’s worth noting that past shootings, such as those that took place at Sandy Hook Elementary School and at Marjory Stoneman Douglas High School, failed to prompt comprehensive federal measures.