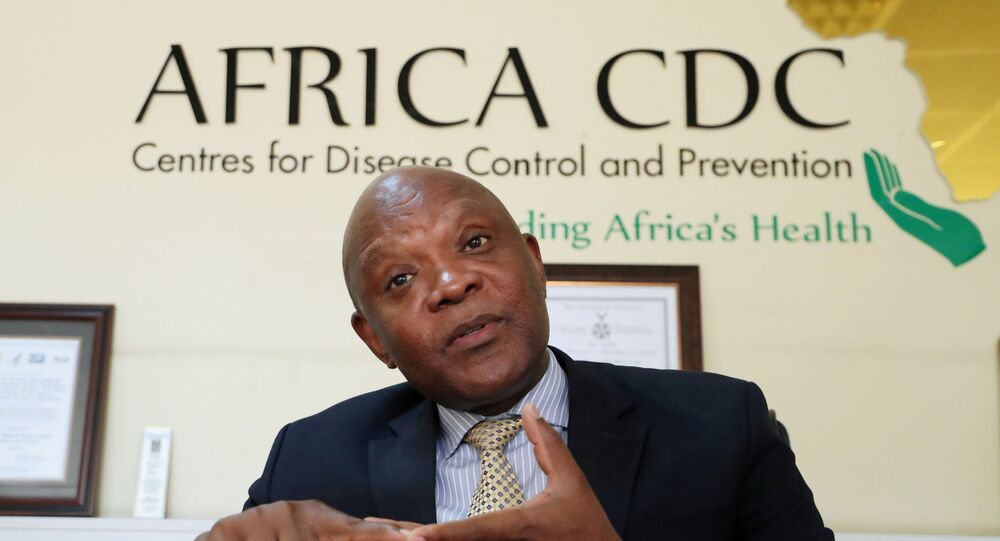 The African Union’s vaccine task team had already announced a deal with US firm Johnson & Johnson for up to 400 million vaccines, most of which it said would be made by a South African firm that donated to the president’s leadership campaign — and which has not yet even begun production.

The African Union (AU) has ditched the COVID-19 “Oxford jab” from India in favour of South African production of a US vaccine that has yet to even begin.

African Centres for Disease Control (CDC) director John Nkengasong announced on Thursday that the 55-member bloc’s health agency had cancelled orders of the AstraZeneca jab from licensed producer the Serum Institute of India (SII), and would now rely on US firm Johnson & Johnson’s single-dose vaccine.

But he denied the decision was due to concerns over reports of blood clots in patients given the UK-developed vaccine.

Last week Nkengasong and South African President Cyril Ramphosa said the AU’s African Vaccine Acquisition Task Team (AVATT) had signed a deal with J&J for 220 million doses of its vaccine, with an option for 180 million more. Nkengasong said the deal would help the AU hit “almost 50 per cent” of its target of immunising 750 million Africans, or 60 per cent of the continent’s population, in order to achieve herd immunity.

The agreement showed “what we can achieve through partnership between the state sector, the private sector and international institutions that puts people first,” Ramaphosa said.

An AVATT statement said “most” of the doses would be produced by J&J’s South African licensed producer Aspen Pharmacare at its facility in Port Elizabeth, Eastern Cape province. But manufacture has yet to even start there, and J&J said deliveries are not scheduled to begin until the third quarter of this year, between July and September.

But unlike the AstraZeneca and Pfizer vaccines, which are already in mass production and widespread use, the J&J jab has only been approved for use in a handful of countries including South Africa, where it is being given as part of a mass clinical trial among healthcare workers. That was after Health Minister Zweli Mkhize cancelled the roll-out of 1 million doses of the Oxford jab from SII on the basis of a small, non-peer-reviewed study that indicated it was less effective against the CODID-19 strains dominant in South Africa.

That has prompted accusations that Ramaphosa was scratching the back of Aspen and its senior executive Stavros Nicolaou, who between them donated millions of rand to his 2017 campaign for leadership of the ruling African National Congress, paving his way to become president the next year.

“Aspen is one of seven contract manufacturers that J & J have commissioned around the world to manufacture their candidate COVID vaccine,” Nicolau said in February. “Aspen’s intended role is purely that of a contract manufacturer and it does not tender, distribute, contract, sell or commercialise the vaccine to either the private or public sectors in SA or elsewhere. Aspen is neither an agent nor distributor of J & J.”

Recent clinical trial data from the US showed the J&J vaccine was only 72 per cent effective at protecting recipients from the virus, compared with 95 per cent for those from rivals Pfizer and Moderna.

AVATT was launched by Ramaphosa in August 2020 while he held the bloc’s rotating chair. In January he announced the AU had placed orders for 270 million doses from Pfizer, AstraZeneca and Johnson & Johnson.

Zuma’s Family Says it Will Fight Against Any Prison Term Given to Ex-S.Afican Leader