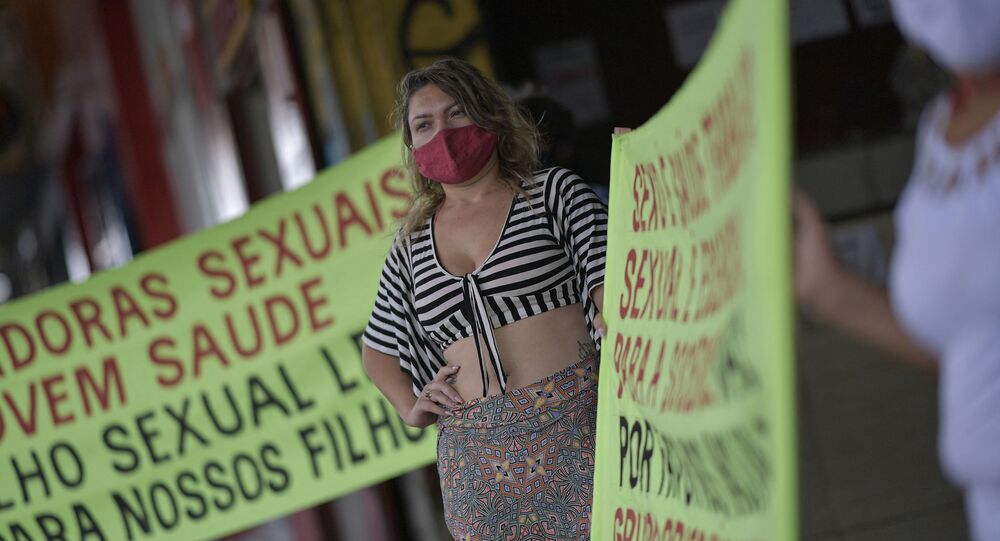 Brazil has fully vaccinated just slightly over 2% of its 200-million population, with first-line COVID jabs being distributed among prioritised groups of health workers, the elderly, and indigenous people.

Prostitutes in the Brazilian city of Belo Horizonte have gone on a week-long strike, urging the government to give them prioritised COVID shots alongside other “front line” workers, the AFP reports.

On Monday, a group of sex workers from the Association of Prostitutes of Mins Gerais took over a street full of shuttered hotels where they once worked, in pre-pandemic times. Now they have been forced out onto the street to solicit for clients, still legally, but in a much less secure environment, prostitutes reveal.

“We are in the front line, moving the economy and we are at risk,” the association’s president Cida Vieira, who took part in the protest, told AFP. “We need to get vaccinated.”