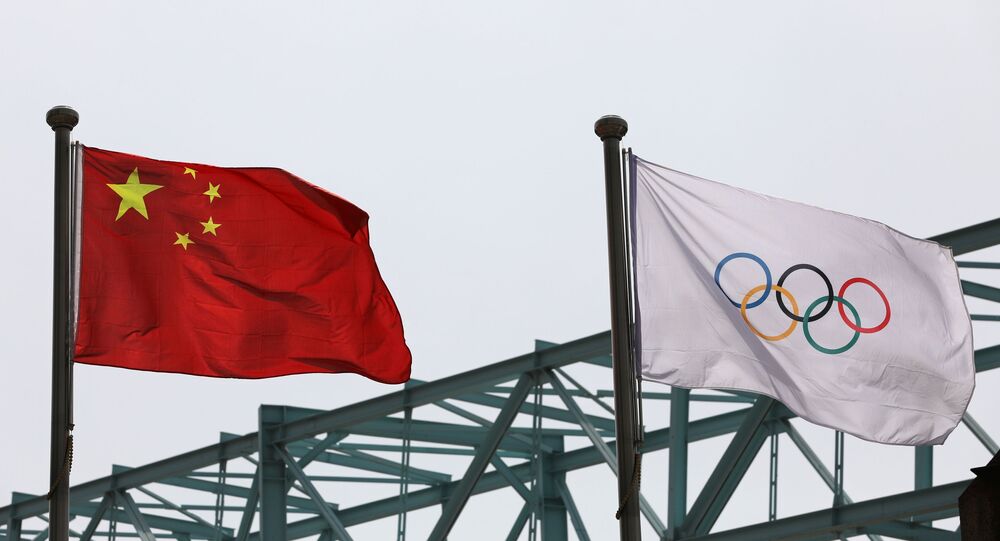 Earlier in March, the president of the United States Olympic and Paralympic Committee, Susanne Lyons, said that boycotts are ineffective because they unfairly penalize athletes who have been practicing for the games for their entire lives.

The United States, along with its allies, is considering a joint boycott of 2022 Beijing Olympics, State Department spokesperson Ned Price said Tuesday.

“It [a joint boycott] is something that we certainly wish to discuss,” Price said when asked about the Biden administration plan regarding the upcoming international games. “A coordinated approach will not only be in our interest but also in the interest of our allies and partners.”

While the final decision, according to Price, has not yet been made, Washington remains concerned about allegations of human rights violations in Xinjiang. Earlier in March, the US slapped sanctions on Beijing in regard to the allegations, with similar moves made by the European Union, Canada and the United Kingdom.

China refuted the accusations of human rights violations against the Uyghur minority in Xinjiang, insisting that the allegations were designed to “frustrate China’s development” and placing counter-sanctions on the abovementioned countries.

When calls for boycotting the Beijing Olympics initially emerged in the West, the president of the United States Olympic and Paralympic Committee, Susanne Lyons, said that boycotts are ineffective and would be unnecessary punishment for athletes who have been preparing for the games for their entire lives.

“We need to understand what the impact was in 1980 when we boycotted,” Lyons said, referring to the move to boycott the 1980 Olympics in the Soviet Union. “What was meant to be accomplished by that boycott was not accomplished. In fact, all that happened was that the hopes and dreams of a large number of athletes never came to fruition.”

Beijing dismissed foreign calls to boycott the games, saying that they are “doomed to failure”.

“These acts are in violation of the Olympic spirit. We believe that the moves will not win support from the international community and are doomed to failure,” Guo Weimin, a spokesperson for the Chinese People’s Political Consultative Conference said.