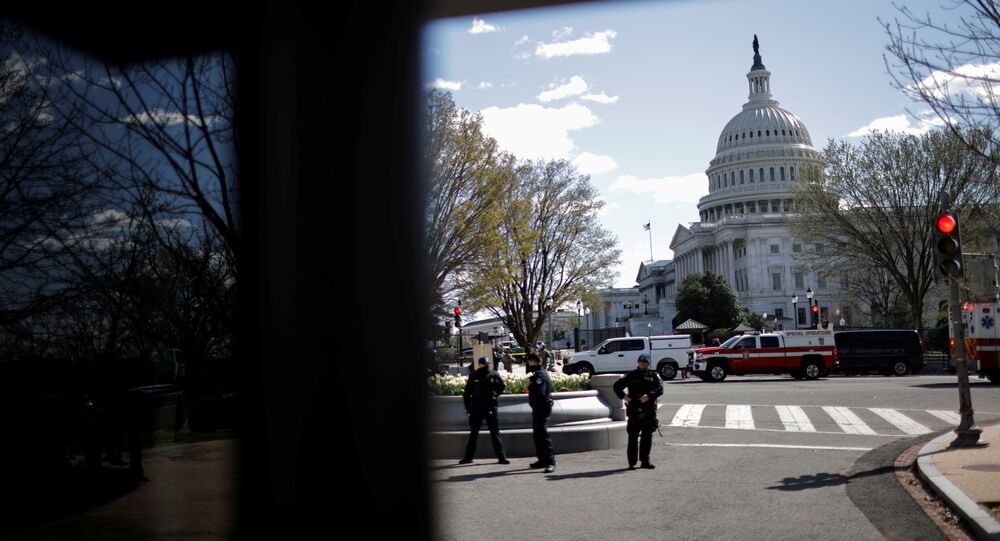 The 25-year-old Noah Green, who rammed his car into the North Barricade on Friday, killing one Capitol Police officer and wounding another, reportedly called himself a Nation of Islam follower. DC officials said that the attack does not appear to be terrorism-related, but the investigation is ongoing.

The suspect in Friday’s attack on Capitol Police reportedly suffered mental issues, alleging that US government agencies were spying on him, several media reports suggest.

According to Metropolitan Police, just after 1:00 pm EST, a man, later identified as a 25-year-old from Indiana named Noah Green, rammed his blue sedan into two Capitol Police officers and then hit the north barricade barrier. After that, he exited the vehicle with a knife in his hand, but was shot dead by police.

Both The New York Times and NBC News report, citing Green’s Facebook posts (his account has apparently been taken down), that the suspect was a supporter of Louis Farrakhan, the leader of the Nation of Islam (NOI), a Black religious movement that, in fact, has little to do with traditional teachings of Islam.

The Southern Poverty Law Center has characterized the NOI as a “black supremacist hate group” over its members making anti-Semitic and homophobic statements.

According to The Hill, Green shared confessions on social media about how “tough” his life has been in recent years, including losing his job over apparent mental issues. “I have been tried with some of the biggest, unimaginable tests in my life. I am currently now unemployed, after I left my job, partly due to afflictions”, the Capitol attacker reportedly posted.

Just two hours before the attack, according to CNN, the suspect posted a video on his Instagram account with a caption that said: “The US Government is the #1 enemy of Black people!” Another post on Green’s Instagram account reportedly claimed that Farrakhan had saved him “after the terrible afflictions I have suffered presumably by the CIA and FBI, government agencies of the United States of America.”

Shutting Up the President? US Congressional Black Caucus Asks Trump to Be Quiet on John Lewis’ Death