For nearly one week, the massive, Panamanian-flagged cargo ship Ever Given took the internet – and the global economy – by storm after the vessel got stuck and blocked passage through Egypt’s Suez Canal. Although the financial setbacks caused by the blockage are still being reviewed, experts are forecasting tremendous losses. 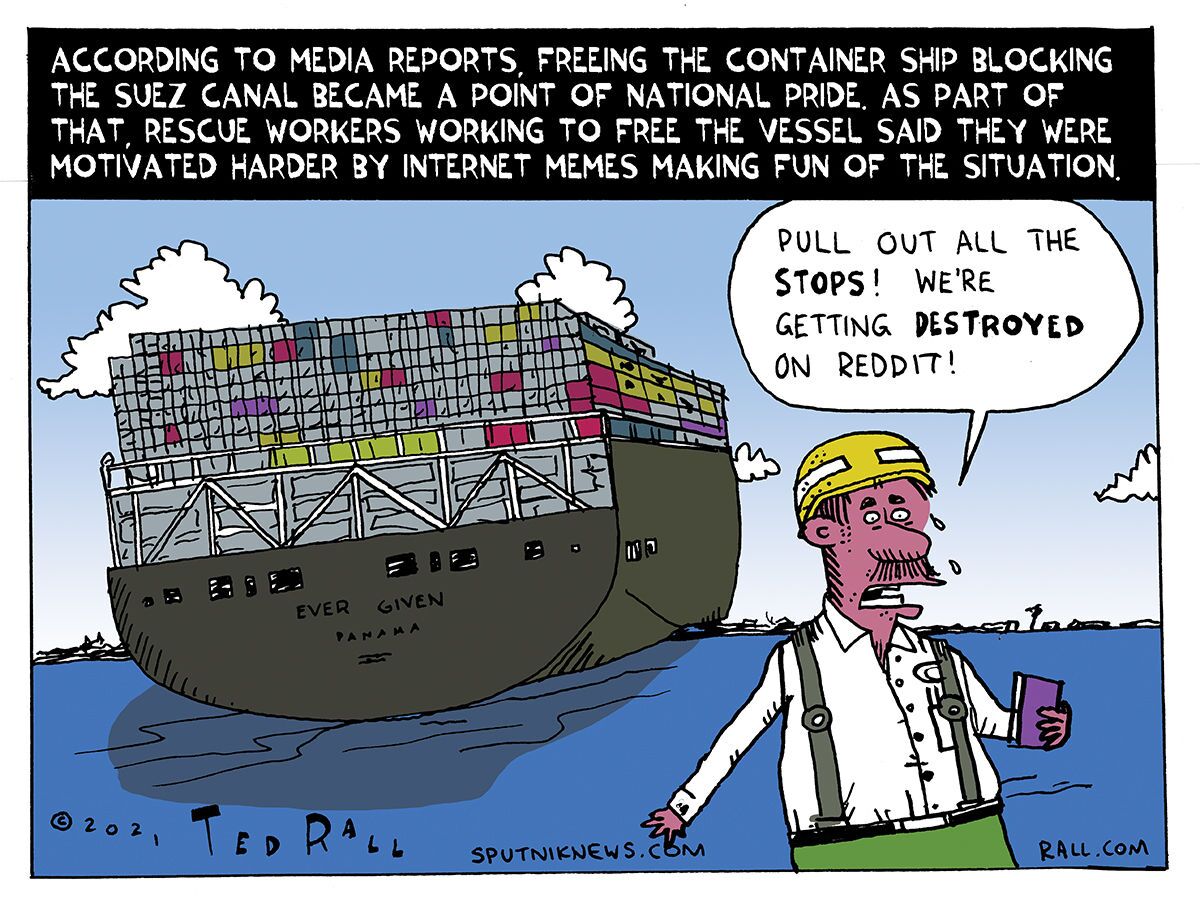 As the world watched repeated failed rescue efforts of the Ever Given, cheeky netizens took the opportunity to use the event as fuel for churning out a slew of memes, a development that soon spurred canal workers to dig deeper to solve the crisis.

Memes focused on the Suez Canal crisis made references to the actions taken by fictional spy Austin Powers and, of course, saw netizens offer their own comedic takes on what rescue plan officials were due to take next, among others.

​But while many laughed it up, that wasn’t necessarily the case for workers trying to free the cargo ship.

In fact, for Eslam Negm, who watched the unblocking efforts take place onsite, the event was no laughing matter since Egypt’s reputation was on the line. “No one was able to see how much pressure we were under,” he told The Washington Post.

However, while the memes continued to flood in, the group persevered in spite of the memes and eventually managed to free the vessel. Interestingly, the feat wasn’t warmly accepted by some netizens.