Under the Trump administration, relations between the US and Iran reached a new boiling point as former US President Donald Trump withdrew from the 2015 Joint Comprehensive Plan of Action, and undertook a “maximum pressure” campaign against Tehran. Although there was some hope the incoming Biden White House would ease tensions, they have remained. 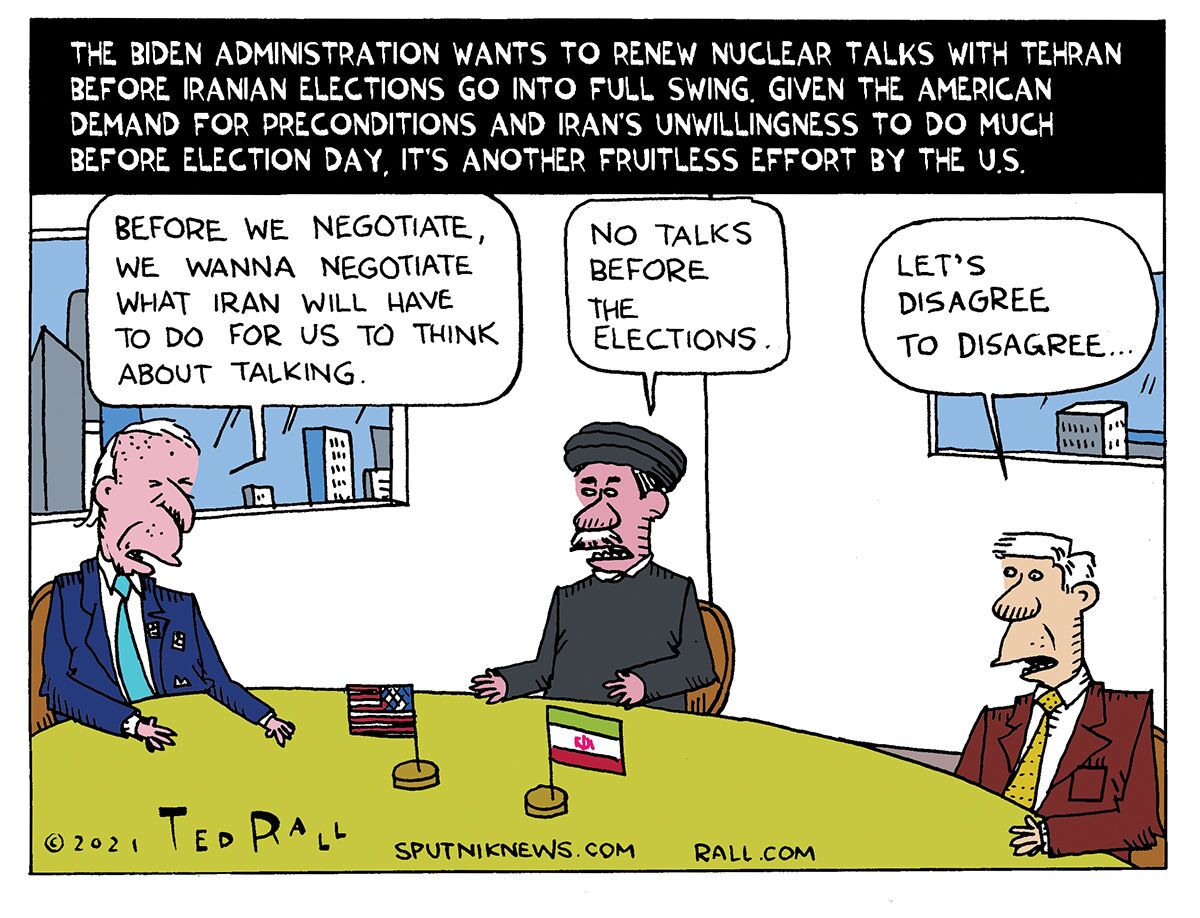 New reports detailed on Monday that the Biden administration is considering the possibility of presenting Iran with a new diplomatic proposal in a bid to restart talks between the two nations, before Tehran turns its attention to its nearing election cycle.

Details of the alleged proposal surfaced after two individuals familiar with the matter made the revelation to Politico, explaining that the new scheme will reportedly require Iran to halt some of its nuclear activities in exchange for sanctions relief.

As the proposal touches on stipulations already outlined under the 2015 nuclear deal, Shahrokh Nazemi, the head of press at Iran’s mission to the United Nations, responded to the report by indicating the alleged proposal is unnecessary, and that Washington simply needs to follow the nuclear deal.

The yet-to-be released motion is expected to be publicized as soon as sometime this week.