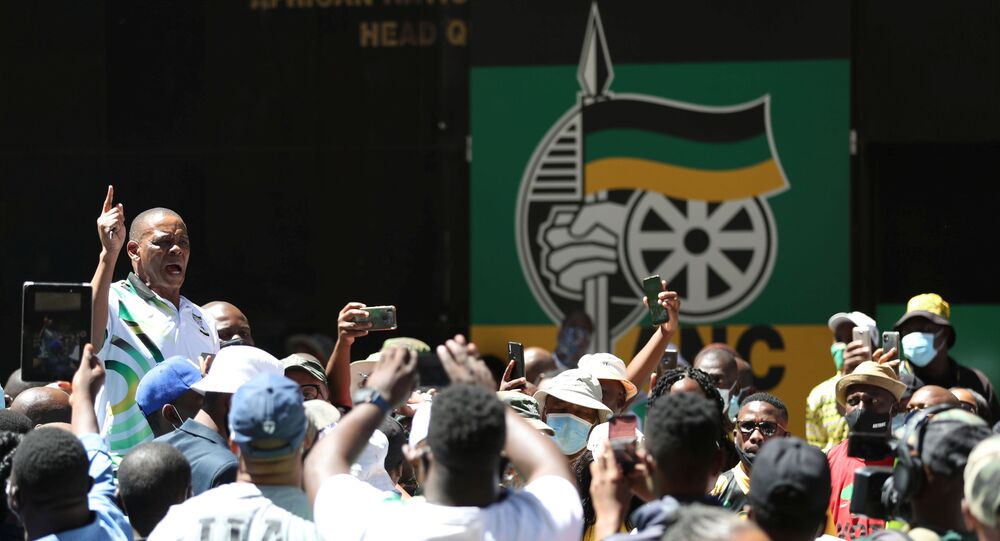 South Africa’s National Union of Mineworkers (NUM) said it was “beating the dog” of power utility Eskom until its “owners” in the public enterprises and mineral resources ministries came out to reveal what they knew about alleged corrupt deals.

They alleged that Eskom has effectively bankrolled Seriti’s takeover of coal-mining operations next to the Duvha coal-fired power station in Mpumalanga province from Australian company South 32.

“It has become evident from recent proceedings before in Parliament’s Standing Committee on Public Account (Scopa) that Eskom has been secretly conspiring to commit major fraudulent alternatively irregular expenditure to the benefit of Seriti Resources to the amount of some R68bn [£3.3 billion, $4.6 billion],” the NUM affidavit said.

The leaders said Eskom executives had increased the price the utility pays South 32 for coal from R416 per ton to R478 per tonne with a R1.3 billion advance payment, plus a proposed payment of R67 billion for a future coal price that the NUM leadership called “grossly inflated.”

They said Seriti had bought assets worth R4 billion from South 32 for a mere R100 million. meanwhile Eskom had extended its contract with the mine, due to expire in 2024, by ten years.

Mabapa accused Eskom’s management of trying to engineer a crisis at the utility, partly by paying independent generating companies around twice the price per kilowatt-hour as it charges customers.

The affidavit names 11 other individuals and entities who it says should be investigated over “prima facie” evidence of involvement in the conspiracy — including Gordhan and Mantashe.

New rules adopted by the ruling African National Congress (ANC) executive committee over the weekend could mean both ministers would have to resign automatically if charged. After heated discussion, the party announced on Monday that any office-bearer facing criminal charges must “step aside” within 30 days until the investigations and trial are over — and that the first head to roll would be that of ANC Secretary-General Ace Magashule.

But “if they cannot act on the matter, that means they want Eskom to collapse” the NUM president said, adding: “They are the first to see that the CEO is messing up, and they must act.”

Mabapa said the union was “beating the dog until the owner comes out” — a colourful but common expression in South African politics. If Gordhan and Mantashe “approved the deal, they are involved,” he said.

Asked whether the “step aside” rule would mean that there would soon be no ministers left, he insisted: “Nobody is born a minister”.

“The ANC has a lot of capable people,” Mabapa said. “If ministers are doing wrong then they can be replaced” — adding that any of the 400 ANC and opposition MPs in parliament could be appointed as ministers.

Pressure was piled on former president Jacob Zuma to resign over his sacking of Gordon as finance minister in his March 2017 cabinet reshuffle. That pressure increased later that year after he removed South African Communist Party General Secretary Blade Nzimande from the post of higher education minister which he had held for eight years.

National president Cyril Ramaphosa, a former NUM general secretary who became a billionaire businessman, has been accused of hiding millions in donations to his 2017 campaign to become leader of the ANC.

Botswana Rules Out Toxic Chemicals, Viral Diseases as Cause of Mysterious Elephant Deaths