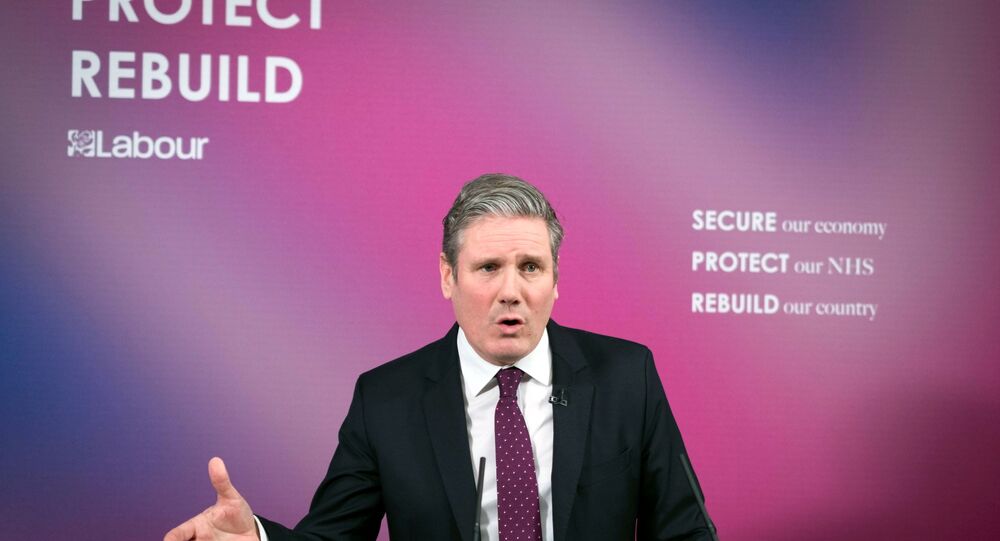 The Labour Party and its leadership have suffered a collapse in support according to two recent polls. This comes just over a month before Keir Starmer’s first electoral tests.

Two surveys from YouGov show the opposition 10 points behind the ruling Conservative Party nationally, as well as giving Prime Minister Boris Johnson a lead over Sir Keir in response to the question “who would make the best prime minister”.

​Only 60% of 2019 Labour voters prefer Starmer to Boris Johnson, according to the new polling.

This comes just as the United Kingdom is set to hold regional elections as well as a by-election in Hartlepool on 6 May, which will serve as a crucial litmus test of Sir Keir Starmer’s leadership of the Labour Party.

In an interview earlier this month, Starmer admitted that the government is seeing a significant “vaccine bounce” amid the coronavirus inoculation rollout in the UK, with 30 million people having received a jab as of Monday.

This marks nearly exactly a year since Keir began his leadership, initially seeing a rapid closing of the national polling gap. In the initial stages of the pandemic, he saw slight leads ahead of the Tories as coronavirus cases began to surge across the country and lockdowns were introduced.

‘Not an Option’: Boris Johnson Reportedly Rules Out Schools Remaining Closed Amid COVID-19