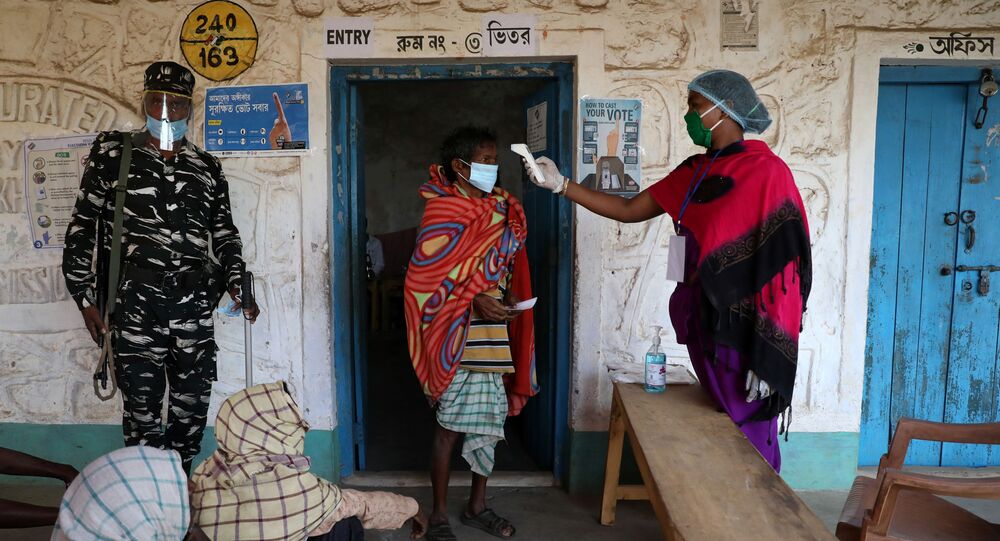 The 2019 parliamentary polls in India witnessed the biggest-ever seizure of drugs, cash, and liquor, worth $470 million. It was the first time that the Election Commission had to cancel polls for a parliamentary constituency in Vellore city in Tamil Nadu state due to this rampant use of money power.

The Election Commission of India has seized nearly $30 million worth of items from the state of West Bengal, which is witnessing voting for legislative assembly elections.

Media reports quoted Sanjoy Basu, the additional chief electoral officer of West Bengal, as saying that cash worth $5 million, liquor worth nearly $1 million and drugs worth $24 million have been seized so far.

The election authorities are cracking down on any attempt to use black money, drugs or liquor being pushed into the state with the intent of luring voters.

For effective monitoring to curb black money in the General Election to Legislative Assemblies of Assam, West Bengal, Tamil Nadu, Kerala and Union Territory of Puducherry, the Election Commission of India has deployed 295 Expenditure Observers, the top-level election organisation said it in a statement.

After due assessment, 259 Assembly Constituencies out of 825 in all the present poll-bound states have been marked as Expenditure Sensitive Constituencies for more “focused vigilance”, the Commission stated.

The assembly elections in West Bengal are being held over eight rounds from 27 March to 29 April for 294 seats.

In the politically charged state, the ruling Trinamool Congress party (TMC) and Bharatiya Janata Party (BJP) are locked in a bitter contest. The TMC is headed by two-time State Chief Mamata Banerjee, who is striving to score a hat-trick.

Actor Deep Sidhu on Delhi Violence: ‘If I Open My Mouth, Farmer Leaders Will Be Exposed’