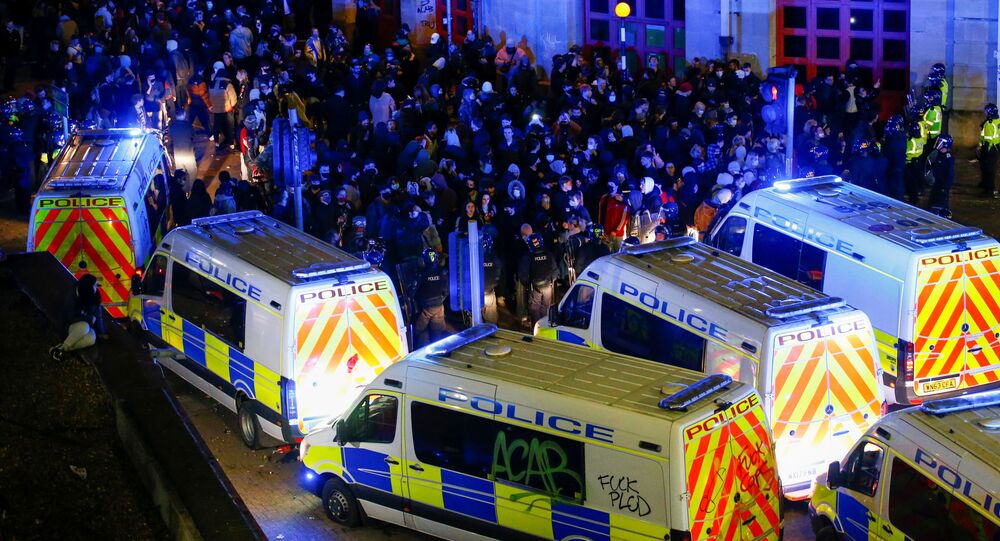 Bristol has witnessed a third protest against a controversial bill to give law enforcement more powers to restrict demonstrations, with rocks and glass bottles hurled at officers and fireworks aimed at mounted police. Ten people were arrested.

As the UK prepares to celebrate Easter after a subdued Christmas, it seems yet more trouble may be brewing on the horizon linked to further “Kill The Bill” protests scheduled in Bristol.

A “National Weekend of Action” is being touted online as an opportunity for demonstrators to gather on 3 April across several cities to oppose controversial anti-protest legislation.

​Amid a much-welcomed relaxation of COVID-19 restrictions, with outdoor gatherings allowed from 29 March followed by more easing on 12 April, protests are expected to take place in London, Plymouth, and Bournemouth.

Meanwhile, ten arrests were made after what police slammed as unacceptable “violent conduct” during the third Kill the Bill demonstration on Friday.

​Around a thousand people marched in the city centre near Bristol’s Bridewell Police Station against the Police, Crime, Sentencing, and Courts Bill according to the Avon and Somerset Police.

In footage shared online, more than a hundred police officers wearing helmets and holding riot shields can be seen urging protestors to disperse at 10 pm.

However, rioters hurled bricks and bottles at the officers, while flares and fireworks were aimed at police on horses – a horse was even sprayed with paint. Several scuffles also broke out between protestors and police.

Videos on social media show a reported journalist being shoved by officers – one protestor can be seen being beaten across the thighs by police after resisting arrest.

Firework explodes as horses charge at protesters in Bristol pic.twitter.com/Za5N4qHjqC

The PM slammed the “disgraceful” demonstration and those “intent on violence and causing damage to property.”

Our officers should not have to face having bricks, bottles and fireworks being thrown at them by a mob intent on violence and causing damage to property.

The police and the city have my full support.

​Similar sentiments were voiced by Home Secretary Priti Patel who blasted the “thugs” who were “only intent on causing trouble,” as the protesters ignored officers’ pleas to stay at home.

I am disgusted by the disorder in Bristol and the violence being directed towards the police.

I’m in no doubt the silent, law-abiding majority will be appalled by the actions of this criminal minority.

Friday’s protest was the third demonstration held in the southwest of England against the proposed Police, Crime, Sentencing, and Courts Bill.

The new legislation, which passed its second reading in Parliament last week, seeks to expand the police’s powers to combat non-violent protests, including those deemed “a nuisance,” as well as enforcing time limits on demonstrations.

‘It’s Like Wartime’: Labour’s Call for UK Juries to be Reduced to Seven is Shot Down by Critics