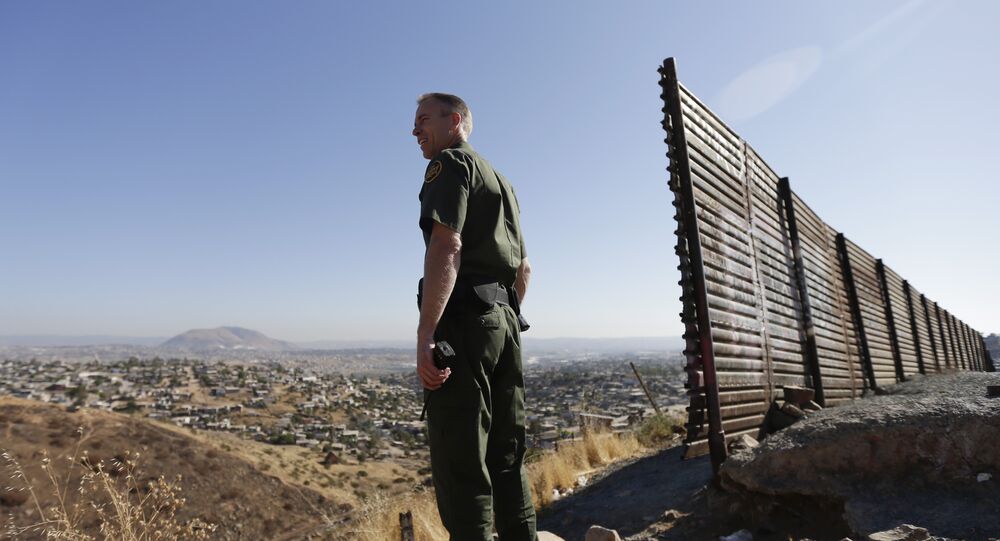 The detained migrants face federal felony charges for illegally re-entering the US and may be looking at a sentence of up to 20 years in a federal prison.

US Border Patrol agents have apprehended three Mexican nationals who were previously deported from the United States after being convicted of sex-related crimes, Breitbart reports.

According to the media outlet, the first of the trio of suspects was detained on Thursday on suspicion of illegally entering the US, and underwent a criminal history search, performed as part of a standard biometric background check all migrants apprehended by Border Patrol are subjected to.

The procedure reportedly revealed the suspect’s conviction for the sexual assault of two minors in 2014; the man was sentenced to 10 years in prison, and deported to Mexico in 2017 by the authorities.

The other two suspects were discovered on the same day the first one was busted, among a large group of migrants who illegally crossed the US border. One of them, as was discovered during processing, was sentenced in 2015 for the sexual assault of a child and handed five years probation, while the other was convicted in 2009 to two years probation for aggravated criminal sexual abuse.  Both men were reportedly deported to Mexico, in 2015 and in 2009 respectively.

“These three predators had convictions for aggravated criminal sexual abuse and sexual assault of minors,” Del Rio Sector Chief Patrol Agent Austin L. Skero II said in a written statement, as quoted by the media outlet. “We continue to see an increase in convicted sex offenders entering the country illegally and I credit our agents and law enforcement partners for quickly identifying them and ensuring that they do not make it into our communities.”

The detained Mexican nationals are now facing federal felony charges for their illegal re-entry and, if convicted, could be given 20 years in a federal prison.

Trump Plaza Set to be Demolished in Atlantic City