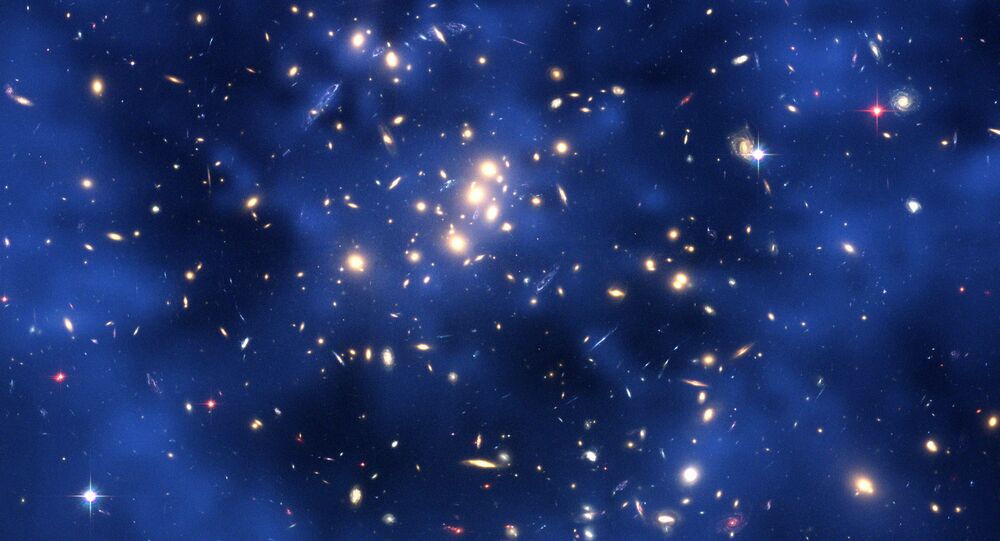 As the European Space Agency’s (ESA) Gaia mission to chart a three-dimensional map of our galaxy, the Milky Way, has produced the richest star catalogue to date, it may also have offered an explanation to the enigmatic disappearance of stars from the Hyades cluster.

A mysterious invisible dark matter substructure containing the mass of 10 million Suns may be snatching stars from the Hyades cluster, suggests a new study.

Shrouded in its non-luminous substance, the cosmic ‘culprit’ is possibly tearing apart the star cluster that is closest-positioned to the Sun, claim scientists, led by Tereza Jerabkova, a research fellow at the European Space Agency (ESA).

​The team laid out their findings in the paper ‘The 800 pc long tidal tails of the Hyades star cluster’, published on 24 March in the journal Astronomy & Astrophysics.

As the scientists were detailing a new map that charts out the vast swathe of the Hyades star cluster, located 153 light years from Earth, using data collected by ESA’s Gaia satellite, they detected the presence of what is being referred to as a “Galactic lump”.

“This is the amazing thing about the data from the Gaia satellite—we have the chance, for the first time in history, to search for stellar structures that are hiding in the huge amount of field stars in the galaxy,” Jerabkova said in an email cited by Vice.com.

The Global Astrometric Interferometer for Astrophysics (GAIA) is a European Space Agency astronomical observatory mission tasked with the goal of creating the largest, most precise three-dimensional map of the Milky Way, based on measurements of nearly 1.7 billion stars, launched in December 2013.

​The Hyades cluster’s bright central region, spanning about 20 light years, is visible even to the naked eye at the head of the constellation Taurus. Dating back some 700 million years, the cluster has undergone changes.

Some stars ‘stray away’ either due to interior cluster dynamics or by gravitational forces tugging at them from the larger Milky Way galaxy.

Studying the formation of our Milky Way galaxy is the ongoing mission for @esa’s #Gaia star-mapping spacecraft, which was launched #OTD in 2013 by #Soyuz from the Spaceport in French Guiana. pic.twitter.com/OIUp49XhQ3

​These latter forces have sculpted two structures known as “tidal tails” sweeping in front and behind the stellar populations.

Hyades was the first “open” star cluster that scientists were able to discover as having ‘tails’, with scientists publishing their breakthrough findings back in 2019.

However, when sifting through a recent data survey from Gaia in December 2020, the team of astronomers discovered that one of these “tails” was being eaten away at by something very massive.

The researchers began by producing a simulation of the cluster that predicted the current positions and velocities of stars that might have ‘drifted away’.

Then the team compared the simulation to the real data, spotting stars with trajectories and motions matching a ‘Hyades origin’.

The real observations showed that the trailing tail was asymmetrically losing stars – in a puzzling revelation that had been originally hinted at in a study of the particular stellar cluster back in 2019.

According to the new findings, “a close encounter with a massive Galactic lump can explain the observed asymmetry in the tidal tails of the Hyades”.

The “lump” would have to be both massive and concealed, as there was no visible gas cloud or star cluster that might be poaching away stars from the trailing tail, according to the observations.

“We see that stars that belong to the nearest star cluster are moving in a way they should not be moving if we apply our known and widely used models. Either these models are wrong and this would have big implications for physics, or the motions are changed due to a dark matter lump, and this would also be an important discovery,” Jerabkova said.

The team has put forward the theory that the lump may be a dark matter substructure, or a sub-halo.
Having emerged back in the early years of galactic formation, such clumps have since been drifting across galaxies.

Dark matter’s gravitational effects on luminous objects is the only reason why scientists know about its existence. In this case, it potentially includes the Hyades cluster.

Hyades is easily visible in both the northern and southern sky as a ‘V’ shape of bright stars in the constellation of Taurus ♉️ @ESAGaia has now allowed astronomers to discover the true extent of Hyades’ tails by tracing former members of the cluster across the whole sky ➡️ pic.twitter.com/qldStttIzh

​According to Jerabkova, the missing stars are not being swallowed up, as in the case of a black hole.

In this instance, “the orbits of the stars in the Galaxy are being affected/changed by the encounter” which might result in their disappearance from view because of the “disruption of the cluster and the tails.”

Future Gaia data release may offer up a better notion of the processes underway inside the Hyades cluster tail.

The findings might provide insights into other enduring stellar and galactic conundrums.

Air Vent or Tomb? Secrets of the Great Pyramid Probed by Robot

Dwarf Planet Ceres Turns Out to Be Ocean World, New Study Says as Scientists Hunt For Signs of Life

Different Species of Sharks Tend to Hunt in Shifts to Avoid One Another, Research Finds