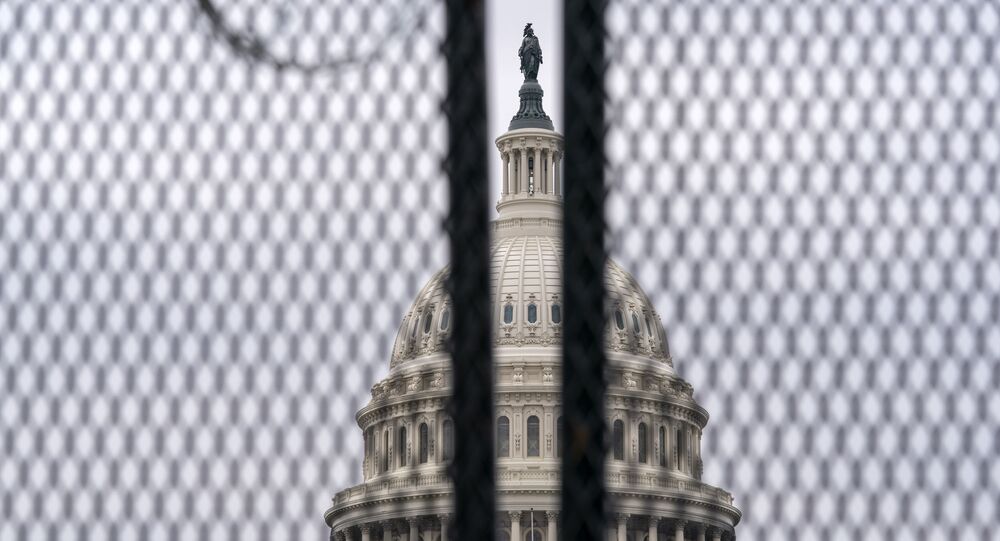 Discussions around improving the security of the US Capitol were sparked after Trump supporters stormed and ransacked the building on 6 January, causing the evacuation of Congress members who at the time were certifying the US presidential election results at a joint session.

The US House of Representatives chamber in the Capitol is being fortified with bulletproof doors in wake of the deadly 6 January Capitol siege, Axios reported on Thursday.

The outlet’s reporter spotted workers removing doors on an entrance to the gallery one level above the floor of the chamber, inside the Capitol building.

The workers said that the new doors are hardened with Kevlar, a material used in bulletproof vests and military helmets. There will be five sets of doors “directly onto the floor”, and 15 into the gallery.

While the House is currently on a two-week break, it was said that the works will continue, even after the members come back.

A spokesperson for Speaker of the House Nancy Pelosi told Axios that the door project had been in the works before the Capitol siege.

‘You’ll Have to Learn to Speak Chinese’: Trump Forecasts Grim Future for US if Biden Wins Presidency