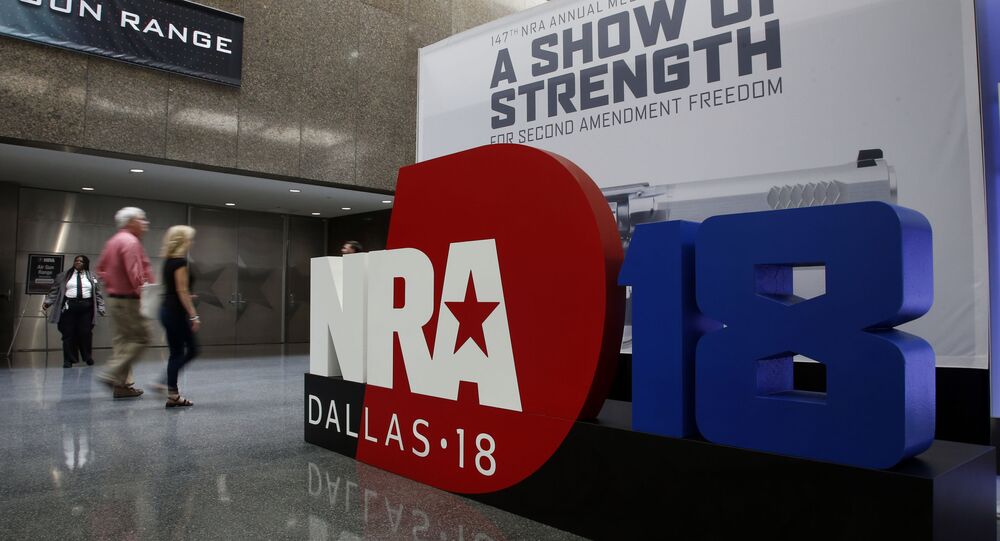 The Second Amendment of the Constitution of the United States reads that “the right of the people to keep and bear Arms, shall not be infringed”, sparking heated debate between gun advocates and supporters of extended gun control. Yet another round of gun control debate was sparked after a recent shooting in Colorado saw 10 killed.

The National Rifle Association (NRA) responded on Wednesday to a ruling by the US Court of Appeals that said that there is no right to carry arms in public, either openly or concealed, stated within the Second Amendment.

The decision, made by the 9th US circuit court of appeals, is expected to affect right-to-carry laws in Hawaii, Washington, California, Arizona, Oregon, Arkansas and Montana.

Even though the NRA was not involved in the litigation, it said in a Wednesday tweet that it is “exploring all options to rectify” the court ruling.

​The Court of Appeals rolled out its decision after George Young sued the state of Hawaii twice in 2011 over the denial of his bid to carry a gun outside of his home, arguing that the state law only allowed security guards to openly carry firearms, which, he claimed, was a violation of the Second Amendment that says that “the right of the people to keep and bear Arms, shall not be infringed”.

“The en banc court held that the Second Amendment does not guarantee an unfettered, general right to openly carry arms in public for individual self-defense. Accordingly, Hawaii’s firearms-carry scheme is lawful”, the court ruling said, referring to the state laws that only allow carrying a gun in case one is licensed to do so.

The decision was made with 7 votes for and 4 against, with one of the judges, Diarmuid O’Scannlain, calling the ruling “extreme” and “unprecedented”. He said that the majority of the court decided that “the Second Amendment does not mean what it says”, dissenting from the court’s belief that “while the Second Amendment may guarantee the right to keep a firearm for self-defense within one’s home, it provides no right whatsoever to bear […] that same firearm for self-defense in any other place.”

“While our sister circuits have grappled with – and disagreed over – the question of whether public firearms carry falls within the inner “core” of the Second Amendment, we now become the first and only court of appeals to hold that public carry falls entirely outside the scope of the Amendment’s protections”, the judge continued. “I respectfully dissent.”

The ruling came shortly after yet another deadly mass shooting that occurred in Boulder, Colorado, and saw 10 shot and killed, sparking a new round of debate over stricter gun control in the United States.

US President Joe Biden said that assault weapons and high-capacity magazines could be banned in the US in wake of the Boulder shooting, while his vice president, Kamala Harris, echoed the remarks and called on Congress to “pass legislation” to restrict firearms and “close loopholes in our background check system.”

Trump Does Not Rule Out Closing Additional Chinese Diplomatic Missions