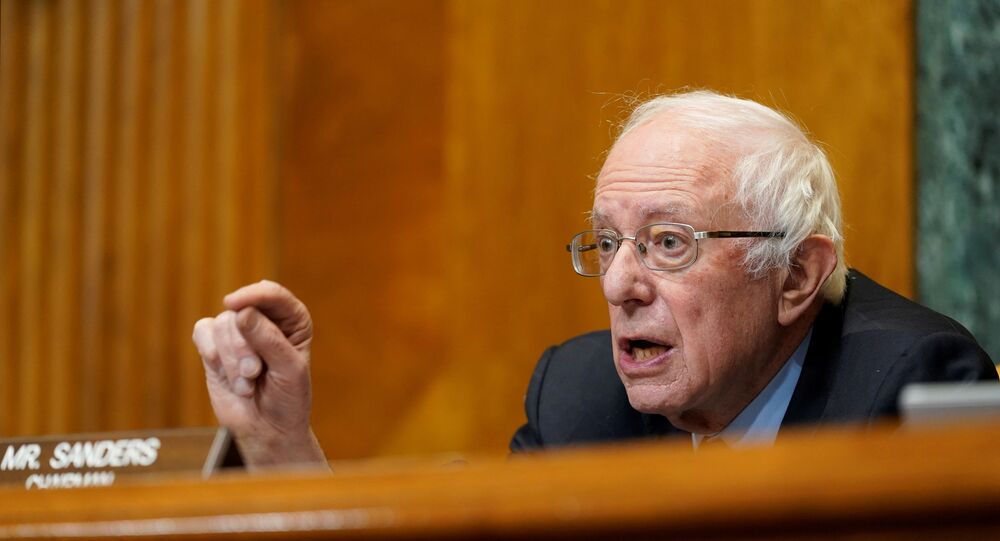 The former US president, Donald Trump, saw his Twitter account banned after being accused of inciting the deadly 6 January Capitol building attack. Despite denying the accusations, his 88 million-follower account has been permanently suspended from the platform.

Senator Bernie Sanders, who has never felt warmly toward Trump, appeared to move closer to his side in the issue of Trump’s Twitter ban, when speaking to New York Times columnist Ezra Klein on Tuesday.

Despite criticizing the former president, Sanders nevertheless said that he did not feel “particularly comfortable” the idea of deplatforming Trump.

“Look, you have a racist, sexist, xenophobe, pathological liar, an authoritarian […] a bad news guy,” Sanders noted, adding, “But if you’re asking me do I feel particularly comfortable that the then-president of the United States could not express his views on Twitter? I don’t feel comfortable about that.”

While maintaining that social media should not serve as a platform for “authoritarian purposes and insurrection”, Sanders pondered the idea of possible censorship and giving “that much power to a handful of high-tech people.

“Do you want hate speech and conspiracy theories traveling all over this country? No. Do you want the internet to be used for authoritarian purposes and an insurrection, if you like? No, you don’t. So how do you balance that? I don’t know, but it is an issue that we have got to be thinking about. Because yesterday it was Donald Trump who was banned, and tomorrow, it could be somebody else who has a very different point of view”, the senator said.

​Earlier in the week, a Trump communication strategist, Jason Miller, confirmed to Fox News that the former president plans to return to social media with his own platform in a couple of months.

Trump was banned from Twitter after being accused of inciting the deadly 6 January Capitol insurrection, allegations he denied.

The move to permanently suspend Trump’s Twitter account caused heated debate, with platform CEO Jack Dorsey arguing that Twitter was forced to do so, and Trump allies slamming the decision as a restriction of free speech.

‘It’s Time for Boldness’: Biden Calls on Nation to Unite Against Challenges in First Speech as POTUS