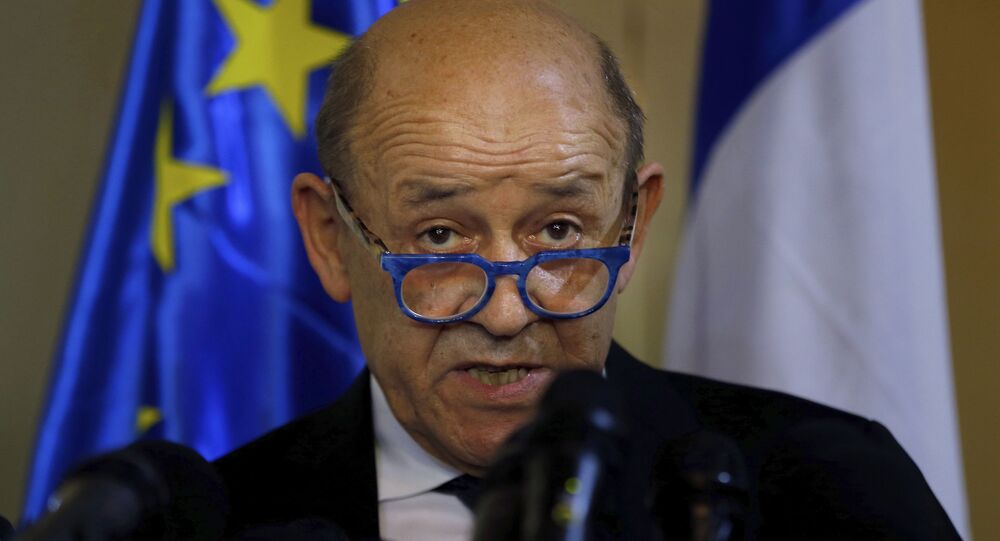 On Friday, the Chinese Embassy in Paris, France, blasted researcher Antoine Bondaz – of French think tank Foundation for Strategic Research (FRS) – as a “small-time hoodlum” and “ideological troll” with “anti-Chinese” beliefs. That same day, the embassy reiterated its ‘One-China policy,’ and denounced a potential French diplomatic trip to Taiwan.

Foreign Minister Jean-Yves Le Drian took to Twitter on Monday to announce he summoned Lu Shaye, the Chinese Ambassador to France and Monaco, over its “inadmissible” words and “actions against European elected officials, researchers and diplomats.”

“I requested that the Chinese ambassador be summoned to remind him firmly of these messages,” he concluded in a translated tweet.

French Ministry for Europe and Foreign Affairs also called on the Chinese Embassy in France to comply with the “basic rules enshrined in the Vienna Convention on Diplomatic Relations associated with the functioning of a foreign embassy, notably with respect to its public communication.”

“The insults against independent researchers and the controversy with French elected officials are unacceptable and do not have any place in the relations that the Embassy of China is tasked with helping to develop between France and China,” the Monday issuance read. “It must respect the principle of separation of powers, as well as all of the Republic’s laws.”

Late last week, the Chinese Embassy in France warned Beijing “will take action accordingly” if French lawmakers decide to travel to Taiwan and violate the ‘One-China policy’ by engaging in diplomatic relations with Taipei.

“The people concerned can decide freely on their travel plans and their contacts,” the embassy statement read.

China has maintained that it views Taiwan as a breakaway province, and while the island has its own government, the ‘One-China policy’ states that there is only one sovereign China.

Bondaz, an outspoken critic of the Chinese government, was called out by Chinese envoy Lu and labeled, among many things, a “small-time hoodlum,” “crazy hyena,” “thug” and “ideological troll.”

“There are people who want to see Chinese diplomacy become ‘lamb-like’, unflinching in the face of attack. That period is well and truly over,” the embassy tweeted.

I am available for any public debate with Chinese diplomats pic.twitter.com/B2taT6wxX7

Prior to being called out by the embassy, Bondaz tweeted that “senators are free to meet with whomever they see fit” and “[i]t is not for Beijing, let alone an ambassador, to dictate what elected officials can or cannot do.”

While the embassy has defended Lu’s comments as “freedom of expression,” the French Ministry for Europe and Foreign Affairs maintains the envoys comments were “unacceptable.”

Relatedly, France claimed on Monday that it “cannot accept” the Chinese Ministry of Foreign Affairs’ same-day announcement of sanctions against 10 individuals and four entities, including MEP Raphaël Glucksmann.

At the same time, the US, European Union, Britain and Canada have sanctioned China over alleged human rights abuses in Xinjiang.

“The Chinese side urges the EU to realize the seriousness of its mistake, to examine its conscience, to correct the mistake, to stop teaching others on human rights, to put an end to the hypocritical practice of ‘two weights and two measures,’ and to stop interfering everywhere in the internal affairs of others, so as not to go further down the wrong path,” the Chinese Embassy in France said Monday. “Otherwise, China will not fail to react more firmly.”

Hello From the Other Side: Danish Minks Culled Due to COVID Are Polluting Soil, Agency Says