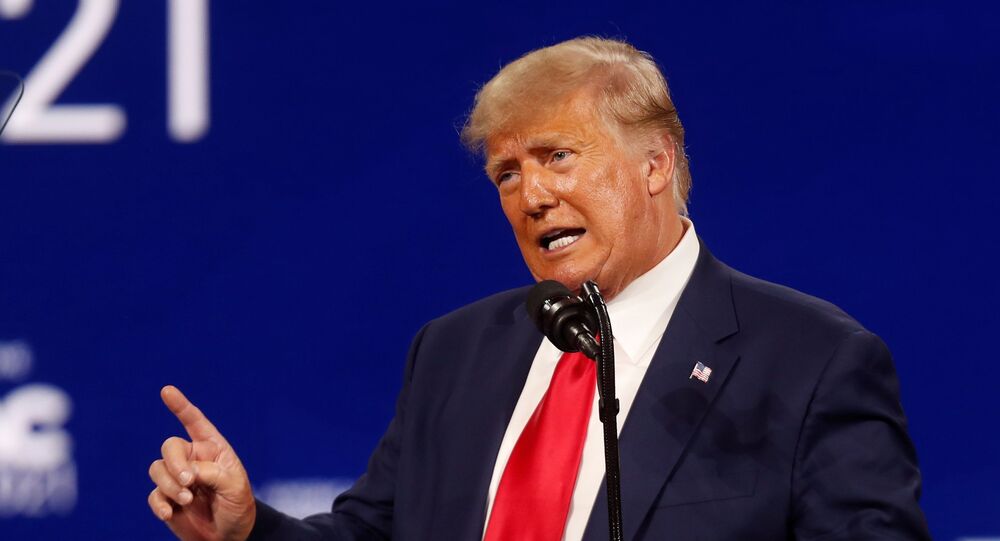 One of Trump’s biggest campaign promises in 2016 was the construction of a wall on the border with Mexico, coupled with a particularly tough policy on aliens. The 45th president emphasized that this will help stop illegal immigration and drug smuggling, although the wall was not completed during his presidency.

Former President Donald Trump has commented on the enormous influx of illegal immigrants, including unaccompanied children, crossing the US border with Mexico, as he slammed the Biden administration for being responsible for the crisis.

In the statement shared by his ex-press secretary Sean Spicer on Sunday, Trump stressed that the Biden administration should immediately resume construction of the wall on the US-Mexico border in light of the crisis.

“The only way to end the Biden Border Crisis is for them to admit their total failure and adopt the profoundly effective, proven Trump policies,” Trump stated. “They must immediately complete the wall, which can be done in a matter of weeks—they should never have stopped it.”

​Trump stressed that the new administration is “in way over their heads and taking on water fast.”

He also criticized the Secretary of the Department of Home Security Alejandro Mayorkas’ interview on Sunday, where he put the blame for the situation at the border on the former administration due to the partial abolition of the infrastructure for the temporary accommodation of illegal immigrants.

“It is especially challenging and difficult now, because the entire system under United States law that has been in place throughout administrations of both parties was dismantled in its entirety by the Trump administration,” Mayorkas told ABC earlier on Sunday. “So we are rebuilding the system as we address the needs of vulnerable children who arrive at our borders.” 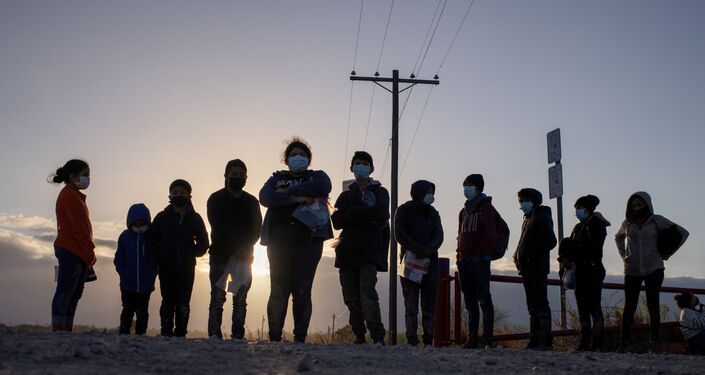 “The pathetic, clueless performance of Secretary Mayorkas on the Sunday Shows today was a national disgrace. His self-satisfied presentation—in the middle of the massive crisis he helped engineer—is yet more proof he is incapable of leading DHS,” Trump said. “Even someone of Mayorkas’ limited abilities should understand that if you provide Catch-and-Release to the world’s illegal aliens then the whole world will come.”

Trump stressed that the current administration should be a subject of “an immediate congressional investigation” for the purported gag order, imposed on border agents and ICE officers, stating they are “engaged in a huge cover-up to hide just how bad things truly are.”

He also noted that he holds the Biden administration accountable for “death and human tragedy,” including drug and human trafficking.

“This Administration’s reckless policies are enabling and encouraging crimes against humanity. Our Country is being destroyed!” the statement concluded.

Impeachment Based on Partisan Hatred Could Become ‘The Norm’ in US, Senator Graham Says