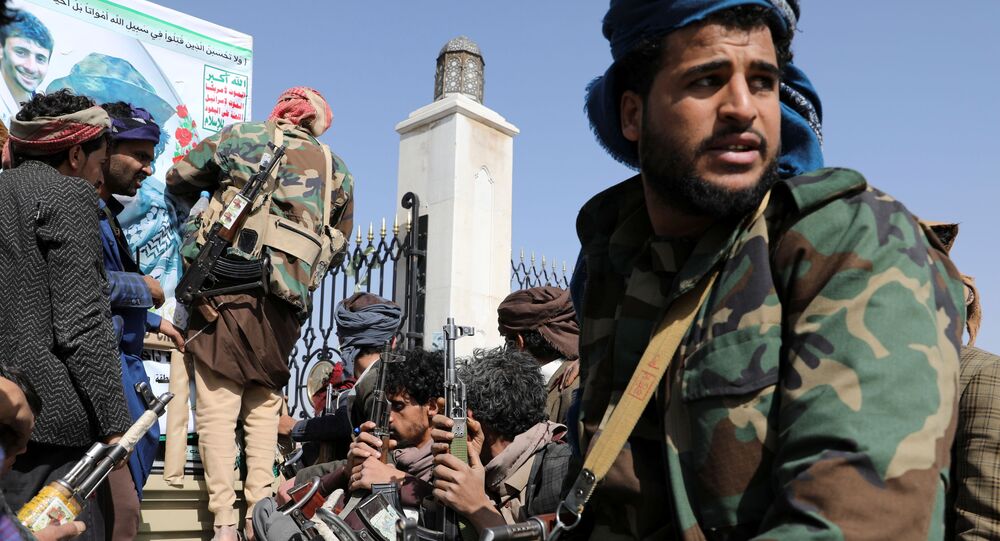 The accounts of the death of the Houthi official vary, according to reports. Some sources reportedly say he was killed along with other Houthi commanders in a raid on a Houthi meeting in Sanaa by an Arab Coalition aircraft, or that he may have been assassinated by other Houthi figures within the militia group.

Zakaria al-Shami, the transportation minister of Yemen’s Houthi-controlled coup administration, died on Sunday, according to conflicting reports on the cause of death, the Al-Arabiya channel reported.

Citing undisclosed Houthi officials, the report says that al-Shami died of COVID-19-related complications after being treated in a hospital in the Houthi-controlled capital Sanaa, alongside Houthi Prime Minister Abdulaziz bin Habtour and other infected Houthi officials.

The Houthi Planning Minister, Abdulaziz Alkumaim, confirmed the death of al-Shami in a Facebook post, but did not provide any details on the cause of death.

During the course of the conflict in Yemen, Saudi Arabia drew up a list of 40 members of the rebel leadership, topped by Abdul Malek al-Houthi, promising rewards for information leading to their capture. For the elimination or information on the location of Zakaria al-Shami, number 4 on the list, the Saudis promised to pay a reward of $20 million.

Since August 2014, Yemen has been embroiled in an internal conflict between government forces and the Houthi rebels. In January 2015, Houthis captured the country’s capital, Sanaa, and later formed its own parallel government. At the request of President Abdrabuh Mansour Hadi, who fled to Riyadh after a Houthi-led popular uprising in the nation’s capital city, a Saudi-led coalition of Arab states joined the war in support of Yemen’s government, launching an air campaign against the rebels.

As the Houthis have recently stepped up cross-border missile and drone attacks on Saudi Arabia, the coalition announced the launch of a military operation against Houthi targets.

Plastic Waste Problem Getting Out of Hand in Gaza, And It Won’t Vanish Anytime Soon – Here’s Why