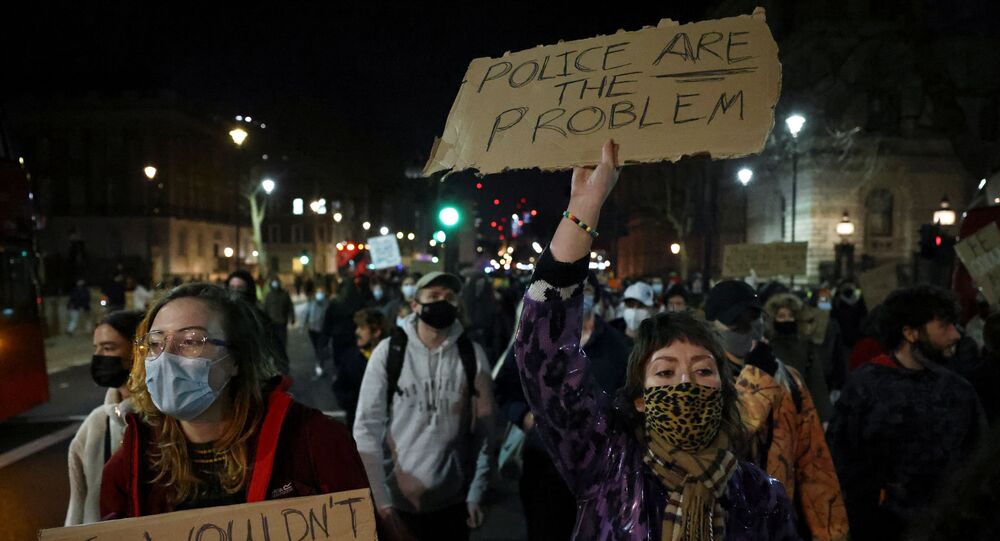 MOSCOW (Sputnik) – Over 60 members of the UK parliament have written to Home Secretary Priti Patel demanding a lift on the ban on protests during the COVID-19 pandemic and deeming it a violation of human rights, activists who helped put together the letter, said Saturday.

The letter, coordinated by campaign groups Liberty and Big Brother Watch, was signed by Conservative and Labour MPs, Liberal Democrat leader Sir Ed Davey and a number of peers. It quotes Articles 10 and 11 of the European Convention of Human Rights which protect the rights to freedom of expression and freedom of assembly.

“We must all be able to stand up to power and have our voices heard. In a healthy democracy, protest is a critical way we can fight for what we believe in. The Government’s current quasi-ban on protest is completely unacceptable,” Head of Policy and Campaigns at Liberty Sam Grant said, according to a statement by Big Brother Watch.

“A country cannot be described as a democracy if people do not have the freedom to protest,” Big Brother Watch director Silkie Carlo added.

This comes after the controversy arose last week over police handling of peaceful protests organised at the vigil at Clapham Common in memory of Sarah Everard, a woman who was kidnapped and murdered as she walked home in London earlier this month.

Further protests are planned for Saturday by anti-lockdown campaigners even though these gatherings are not considered as a “reasonable excuse” for leaving the house under the current regulations.

“The Home Secretary must immediately issue guidance to all police forces to ensure socially distanced protests can go ahead and create an explicit exemption for protest in the current regulations. Those in power have made clear that they want to silence dissent and drastically curtail our right to free expression,” Grant said.

Carlo added that the “harrowing scenes” of Metropolitan Police officers using force against women at Clapham Common were “avoidable and wrong.”

Met Police officers were criticized for arresting women who were attending Everard’s vigil last Sunday. The Home Office said it was still illegal for people to attend protests at a time when regulations are in place to prevent wide transmission of the COVID-19 virus.

Everard, a 33-year-old marketing executive, disappeared as she walked home on the evening of March 3. Her body was found hidden in a builder’s bag in an area of woodland in Ashford, Kent on Wednesday.