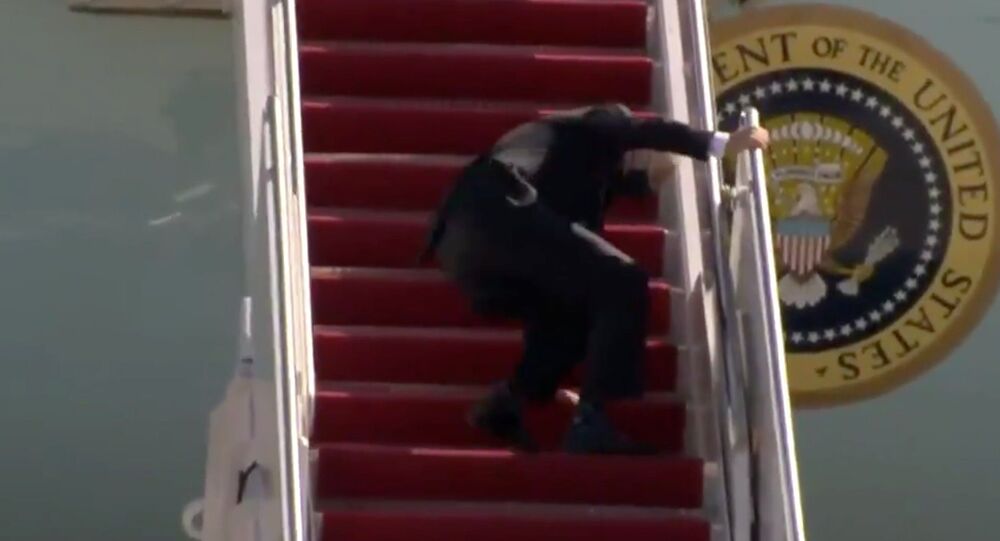 US President Joe Biden, whose election campaign was marred by gaffes and ‘senior moments’, has kept up the momentum, physically slipping and verbally fumbling his way through the first months of his presidency, sparking chatter online, but with an overwhelmingly straight-faced national media dodging any discourse on his physical and mental health.

It may have been enough for his predecessor Donald Trump to be seen gingerly descending from a slippery stage ramp to spark wild speculation from detractors that the then-POTUS had health issues, but the just-recent collapse of US President Joe Biden seems to have elicited precious little concern among the national press.

​The President was climbing up to board Air Force One on Friday when, with his hand on the rail for support, he tripped up the steps. The 78-year-old Democrat pushed himself up only to see the same thing happen a second time, and a third, as he fell to his knees.

‘I Didn’t Say That’: Biden Clashes With Reporter Over His Remarks Vaxxed People Don’t Need Masks