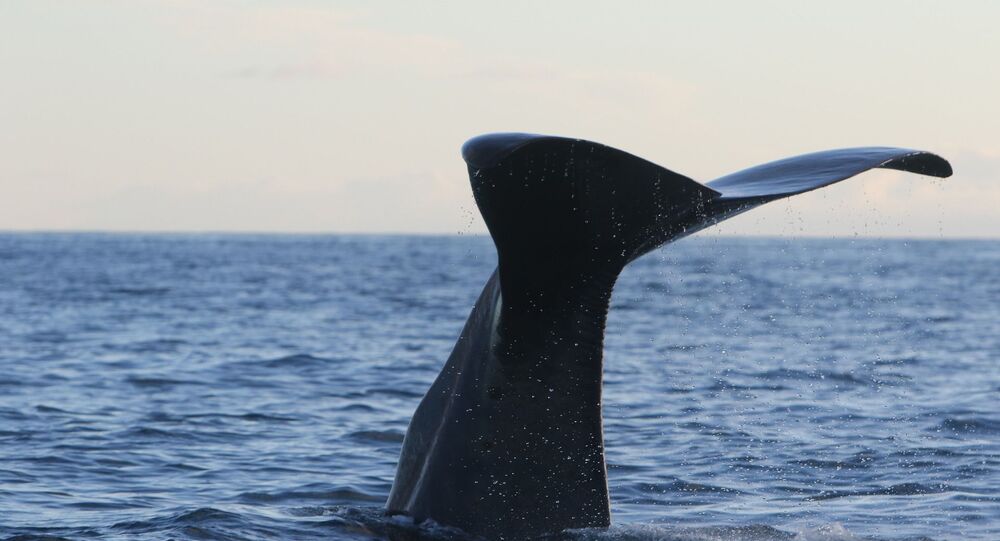 The new study suggests whales learned how to evade the hunters by swimming upwind, among other methods, and passed on this knowledge to their underwater pals.

Nineteenth century whalers apparently suffered quite a few setbacks as the sperm whales they hunted taught one another how to outfox their human pursuers, Live Science reports.

According to the media outlet, researchers who analysed logbooks that were kept by whalers during hunting forays in the North Pacific have established that “the strike rates of the hunters upon their targets declined by 58 percent in just a few years.”

“At first, the whales reacted to the new threat of human hunters in exactly the same way as they would to the killer whale, which was their only predator at this time,” said Hal Whitehead, professor of biology at Dalhousie University in Nova Scotia and lead author of the new study. “[The sperm whales] all gathered together on the surface, put the baby in the middle, and tried to defend by biting or slapping their tails down. But when it comes to fending off Captain Ahab that’s the very worst thing they could do, they made themselves a very large target.”

The research team reportedly managed to establish that not only did sperm whales learned to escape from wind-powered hunting vessels by swimming upwind, whales which hadn’t previously encountered human hunters learned to copy the behaviour of the whales which did.

“Each whale group that you meet at sea typically comprises two or three family units, and the units quite often split off and form other groups,” Whitehead explained. “So, what we think happened is that one or two of the units that make up the group could have had encounters with humans before, and the ones who didn’t copied closely from their pals who had.”