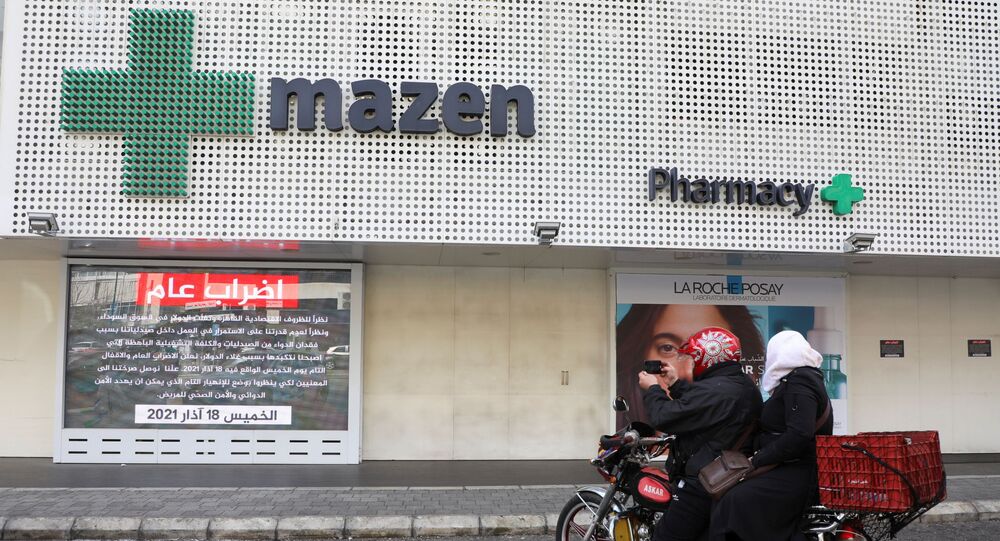 BEIRUT (Sputnik) – Over 600 of Lebanon’s 3,000 pharmacies were closed after failing to procure drugs as the country’s Central Bank is stalling the decision to continue subsidizing pharmaceuticals amid the massive collapse of the national currency, the head of the Order of Pharmacists of Lebanon Ghassan Al-Amione said on Saturday.

“The Central Bank’s tool for subsidizing the purchase of essential goods at a favourable exchange rate, set up earlier amid a sharp fall in the Lebanese currency — when the dollar reached a record 15,000 pounds on the black market, falling tenfold in a little over a year — is beginning to crack, and vital medicines are disappearing from the shelves in Lebanon,” Al-Amione said.

He specified that drug imports were unable to secure the Central Bank’s approval of their applications for subsidies. Pharmaceutical supplies across the country quickly dwindled with no new shipments.

Besides, Al-Amione went on, the current situation is aggravated by smugglers who buy medicines in Lebanon at state-subsidized prices and resell them at a high price abroad, mostly to Iraq and Egypt.

“Some people don’t care about their country, they only care about their pocket. Here they buy medicines at reduced prices and sell them abroad for dollars,” the union chief said, urging probes.

On Thursday, Lebanese pharmacists took tp the streets to show their dissatisfaction with the situation and urge authorities to make efforts to curb the crisis. In a bid to do so, the country’s caretaker Prime Minister Hassan Diab met with Health Minister Hamad Hasan and Al-Amione on Friday to adopt a plan to streamline the subsidy mechanism.

As Netanyahu Struggles to Form a Government, Supporter Says PM Has ‘No Choice’ But to Include Arabs