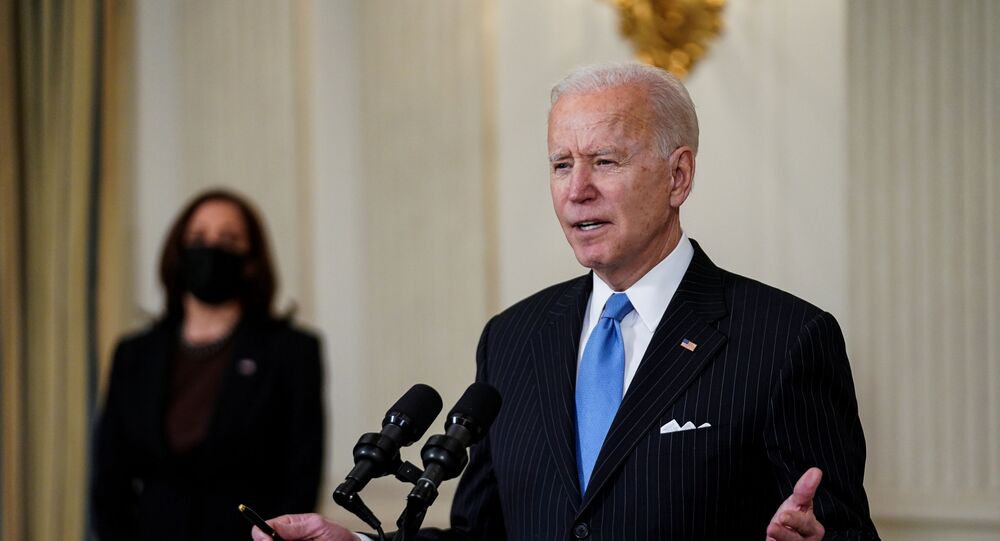 It is not unusual for US President Biden to make gaffes when delivering a public statement, as he has earned a reputation as an awkward orator who often confuses names or forgets well-known facts.

The US president has once again stumbled during his speech, as he referred to his second-in-command Kamala Harris as “president” at Thursday’s press briefing on the American vaccination program.

“Now when President Harris and I took…” Biden is heard saying before making a pause, “a virtual tour of a vaccination center in Arizona not long ago, one of the nurses on that tour injecting people, giving vaccinations, said that each shot was like administering a dose of hope.”

Twitter users quickly took to comment on another gaffe, with many of them unsurprised since it wasn’t the first slip of the tongue has Biden made, while other netizens suggested it was OK given his age.

Mistake almost daily….has any other President made this mistake more than once?

Give the guy a break, he’s reading everything. Maybe he just needs glasses!? 😂😱

This is not the first time that Biden has “promoted” Harris. In December, he reportedly referred to her as “president-elect”, while also speaking about COVID-19 vaccination efforts.

“I took it to instill public confidence in the vaccine. President-elect Harris took hers today for the same reason,” Biden said at that time.