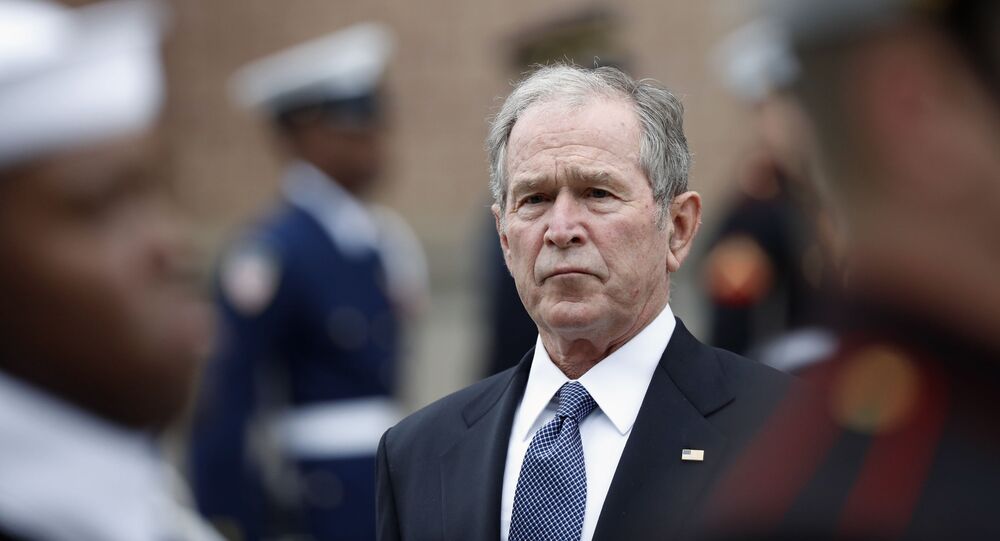 Bush made his remarks prior to the House passing two immigration bills that would create a path to legalize subsets of the estimated 11 million immigrants residing in the US illegally, as the US is facing an influx of aliens at the US-Mexican border.

Former US President George W. Bush expressed a belief that the nation needed a “path” to citizenship to help illegal immigrants come out of the shadows, as he described attempting to return so many people to their home countries as a “political pipe dream.”

Bush’s pre-recorded conversation was streamed at the annual South by Southwest conference on Thursday, which was hosted by the Texas Tribune.

“Rather than ignore the situation, we’ve got to address it, and I do believe there should be a path to citizenship,” the former president said in a virtual conference. “[But] I think Congress is going to have to be mindful that those who are undocumented don’t get to jump ahead of the line of those who are documented and have played by the rules.”

Bush also noted that enforcing the border requires a wide range of resources, including electronic equipment and manpower.

“It’s very hard, but that’s not to say one shouldn’t try,” he added in a reference to the legalization of those immigrants who have been in the country a long time and paid taxes.

The former president spoke about his upcoming book titled “Out of Many, One: Portraits of America’s Immigrants,” one of the main ideas of which is that American immigrants have a positive impact on the communities in which they live.

“The immigrant stories in America often are about somebody’s come, makes enormous sacrifices so their families can realize the blessings of this country,” he added.

On Thursday, the US House passed two bills, with the first one, dubbed the American Dream and Promise Act, protecting from deportation the so-called dreamers, which is about 2 million people, mostly Hispanic youth, who were brought to the US illegally as children. These people will also be given the opportunity to eventually acquire US citizenship if the bill is signed into law.

The second proposal, known as the Farm Workforce Modernization Act, offers protection from deportation to more than 1 million agricultural workers who are not legal residents.

The bills passed the lower chamber in spite of the opposition from Republicans, including Minority Leader Kevin McCarthy, who went to the US-Mexico border earlier this week and accused President Joe Biden of inflaming the crisis.

The prospects for passing the bill in the Senate are unclear, especially amid a deepening crisis at the southern US border, where thousands of migrants are trying to get into US with Biden reversing some of the previous administration’s harsh immigration policies after taking office. Republicans, who have the ability to de facto block the legislative initiatives of the Democrats, continue to strongly oppose the bill.

Bush also touched upon the topic of the January 6 riots at the US Capitol, saying that the events of the day “really disturbed” him “to the point where I did issue a statement, and I’m still disturbed when I think about it.”

The former president also said that he called Biden earlier and gave him a little advice.

“There’ll be a lot of critics, and just do what you think is right. And you shouldn’t tailor policy based upon the internet noise or the editorials. He ought to surround himself with a good team, listen to them and make decisions in a crisp way,” Bush stressed.

‘Governor Who?’ Biden Quips at DeSantis Amid War of Words Over COVID Response