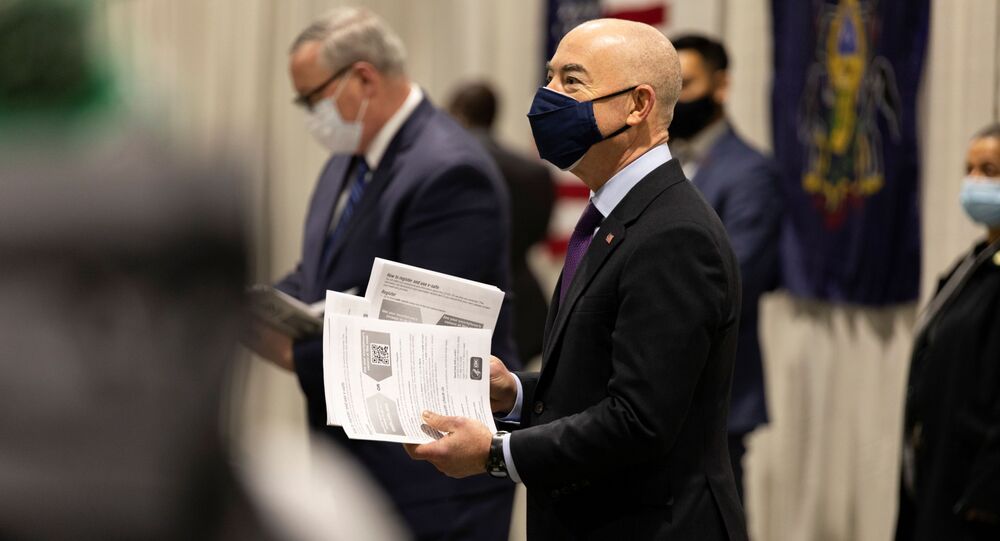 The US is currently facing a huge migrant crisis at the southern border as more than 100,000 migrants crossed the border from Mexico into the country in February alone, an increase that critics blame on Biden’s decision to undo much of the previous administration’s border security measures.

Secretary for Homeland Security Alejandro Mayorkas refused to use the word “crisis” during a congressional hearing on Wednesday to describe the surge in illegal would-be immigrants through the US border with Mexico.

When asked by Republican Representative John Katko of New York whether it “would be fair” to call the migrant surge at the border a crisis, given the circumstances, Mayorkas refused to use such a term, saying that semantics were unimportant to him.

“I’m not spending any time on the language that we use. I am spending time on operational response to the situation at the border,” he said.

Despite this, Mayorkas earlier characterized the number of migrants arriving at the border as “overwhelming” in an email to his department employees, where he also announced the launch of the Volunteer Force to assist Customs and Border Protection officials. He also referred to the “historic and unprecedented challenges at the border” in a written statement for the House.

Republican Congressman Michael McCaul of Texas confronted the DHS chief on his word choice in describing the situation at the border, noting that the message by the administration of “we’re not saying don’t come, we’re just saying don’t come now” is “not a message of deterrence.”

The lawmaker also pointed out that Mayorkas himself said that the nation will encounter more people at the border than in the past 20 years.

“You may call that only a challenge, but I call that a crisis,” he said. 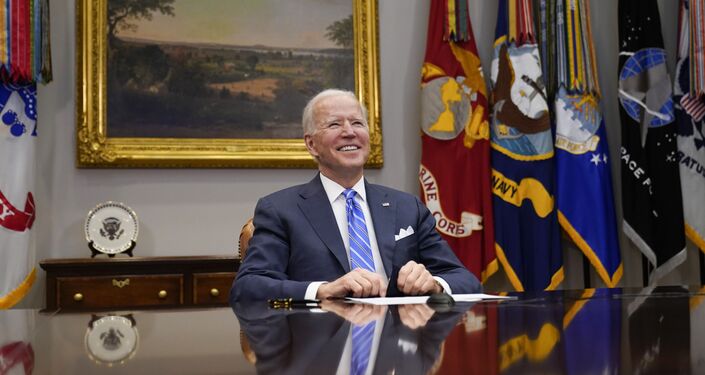 “I will share with you how I define a crisis. A crisis is when a nation is willing to rip a nine-year-old child out of the hands of his or her parent and separate that family to deter future migration,” Mayorkas replied, apparently hinting at the policies of the previous administration. “That to me is a humanitarian crisis.”

At the same, the DHS chief did use the word “crisis” in his prepared speech when referring to the current climate situation. The latter, according to him, places national security in jeopardy, as “[e]xtreme weather events and other impacts of the climate crisis that threaten lives and livelihoods.”

As the influx of refugees has emerged at the southern border, Mayorkas said that the administration is taking action to cope with the growing number of unaccompanied migrant children.

Migrant children are arriving at the southern border at rates faster than they can be processed and transferred to sponsor homes and to the custody of the Health and Human Services Department, causing a lack of space to accommodate them at the time of processing their personal data. Data from US Customs and Border Protection shows that 9,457 unaccompanied migrant children were apprehended at the southern US border in February, which is a substantial increase from the 5,858 unaccompanied migrant children apprehended in January.