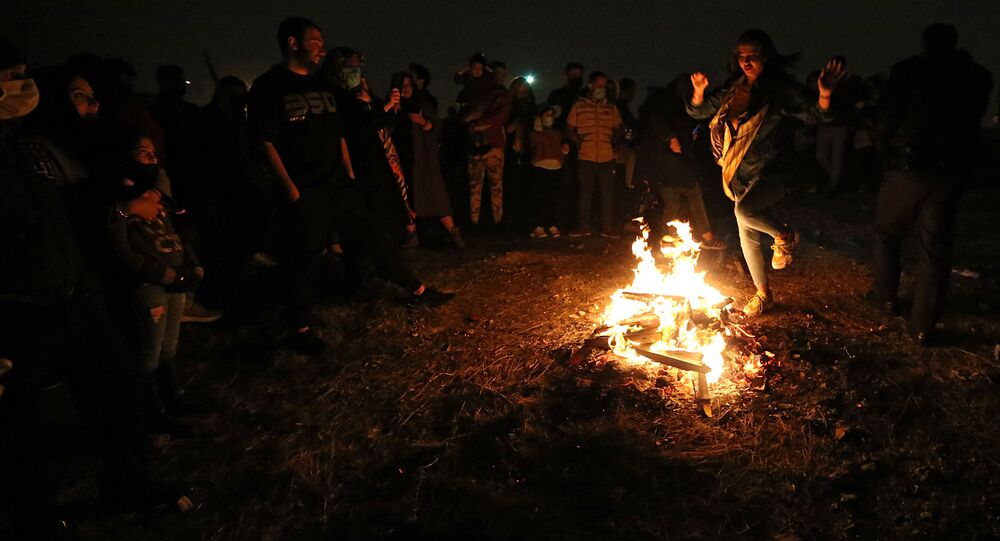 MOSCOW (Sputnik) – At least six people died and 331 others were injured in Iran during the Chaharshanbe Suri (The Scarlet Wednesday) celebrations ahead of the Nowruz festivities, Iranian news agency Tasnim reported on Tuesday, citing the spokesman for emergency services.

According to Mojtaba Khaledi, as cited by the media outlet, fire incidents claimed the lives of six people across the country, while 331 others sustained injuries.

Chaharshanbe Suri is celebrated on the last Wednesday eve before the vernal equinox — the Nowruz or the Persian New Year — with millions of people jumping over the fire.

Nowruz is celebrated in many countries in Western and Central Asia, the Caucasus, the Black Sea Basin and the Balkans for several days on or around March 21.