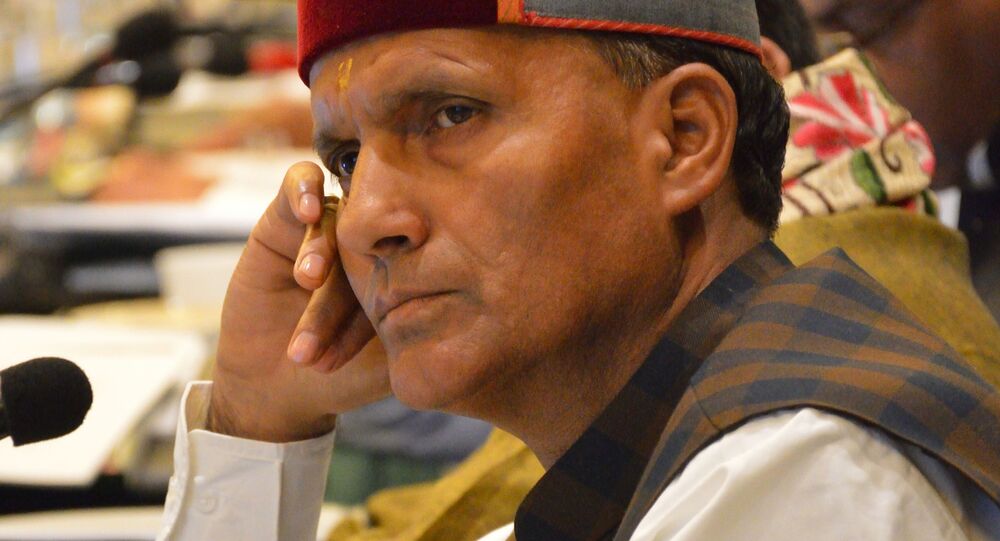 Born in the village of Jalpehar in the Indian state of Himachal Pradesh in 1958, Ram Swaroop Sharma was a two-time parliamentarian. He was first elected to parliament in 2014 and re-elected from his home district Mandi in the 2019 parliamentary polls.

Ram Swaroop Sharma, a BJP parliamentarian from the Indian state of Himachal Pradesh, was found dead at his residence in New Delhi on Wednesday morning, police said. He was found hanging from a ceiling fan at his flat in the Gomti Apartments.

One of the staff members of the Bharatiya Janata Party (BJP) parliamentarian informed the police about the incident.

According to the police, a team was rushed to the spot, where they found the room locked from the inside.

“Prima facie it appears to be a case of suicide but we are probing all the angles. We will get a clarification once we have the autopsy report”, a senior police official told Sputnik, while adding that no suicide note was recovered from the spot.

Following his demise, the BJP has cancelled its parliamentary party meeting scheduled for this morning.

​Meanwhile, the lower house of the parliament was adjourned until 1 p.m. after the House paid tribute to Sharma and ex-MP Dilip Gandhi who died at a hospital while being treated for COVID-19.

Beyond the Romance of Death and Violence, Kashmiri Youths Lash Out Against Their Tarnished Image