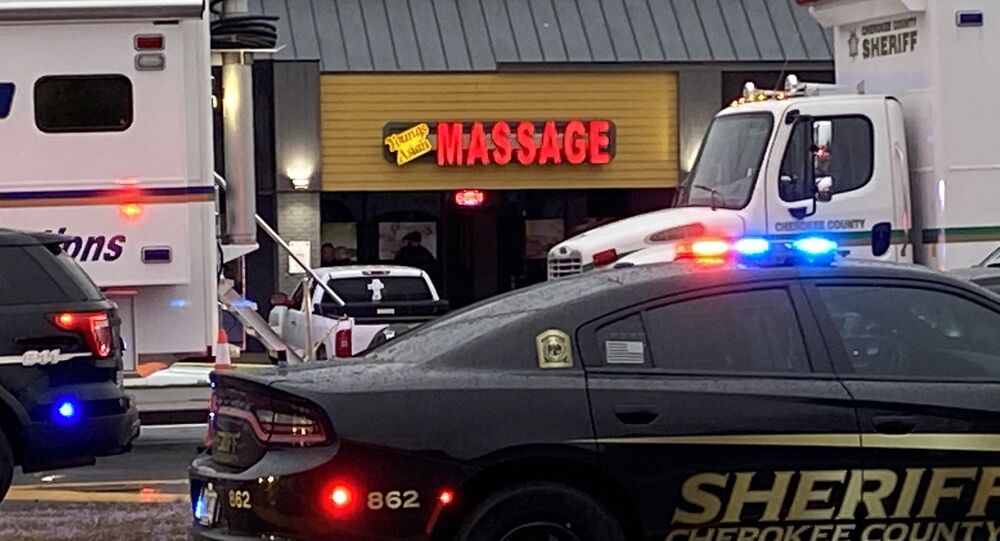 While the motive behind the shootings is still unclear, local media report that the victims appear to be of Asian descent, fuelling speculations that it could have been a hate crime.

At least eight people were killed in shootings that took place on Tuesday at three different spas in northwest Georgia, local media reported.

According to Fox News, citing police officials, the string of shootings started in Cherokee County when a gunman opened fire at Young’s Asian Massage Parlor, shooting four people dead and injuring another.

About an hour later, the police received calls about gunfire at nearby Gold Spa – where three women were shot dead – and at Aromatherapy Spa, where one woman was killed.

The suspect, 21-year-old Robert Aaron Long, has been taken into custody, Cherokee Sheriff’s Office confirmed later on Facebook. The police earlier released photos of the suspected gunman, which showed he was wearing a red and black hoodie and was driving a black Hyundai SUV.

It is reported that employees at all three shooting locations were of Asian origin. The police has not yet concluded if the shootings are interconnected, and the motive behind them remains unknown.

The Cherokee County Sheriff’s Office is cooperating with the Atlanta Police Department in the investigation.

Cherokee County is located approximately 40 miles north of Atlanta, while Acworth is about 30 miles northwest of the state capital’s downtown.