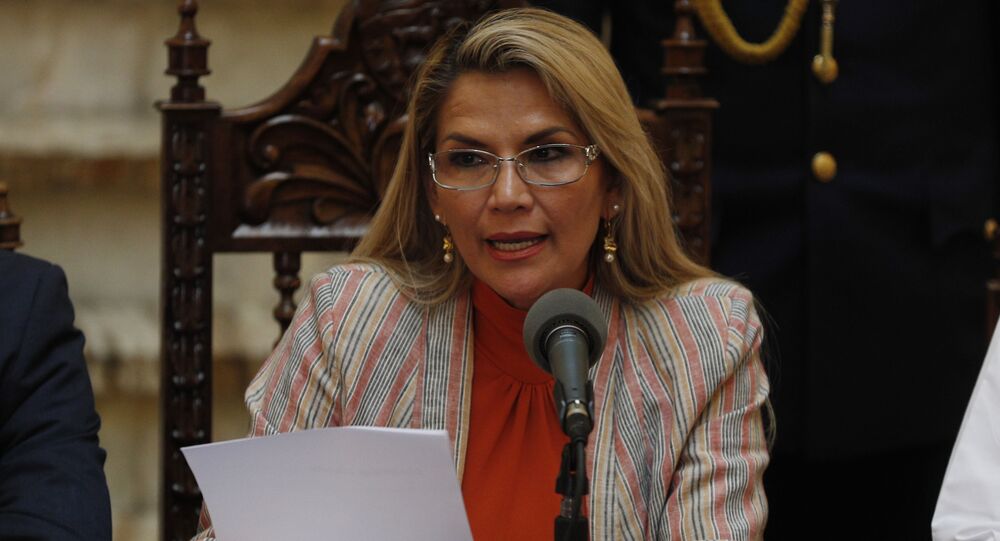 The Bolivian government announced on Saturday the arrest of Jeanine Añez, former caretaker president who took over power in November 2019 after former Bolivian leader Evo Morales resigned under pressure from the military and fled the country.

Former interim Bolivian president Jeanine Añez was discovered cowering in a box under the bed when she was arrested by police in the early hours of Saturday reported El Deber.

The politician was detained as part of a raid on her relatives’ home in the city of Trinidad, Beni province.

​As a result of the operation, police detained 3 people, including the politician’s daughter.

The ex-caretaker president will now be prosecuted for actions that former president of the country Evo Morales had denounced as “abuse and political persecution”. On Saturday, Bolivian police transferred Jeanine Añez to La Paz for her to testify in an ongoing coup d’état probe.

​An arrest warrant for her was issued as part of the prosecution’s investigation into the events in the country in late October-November 2019. At the time, large-scale popular demonstrations forced former President Evo Morales to resign in events the prosecution considers a coup.

‘Did Joe Biden Authorise The Plan?’ Maduro Accuses US of Planning His Assassination