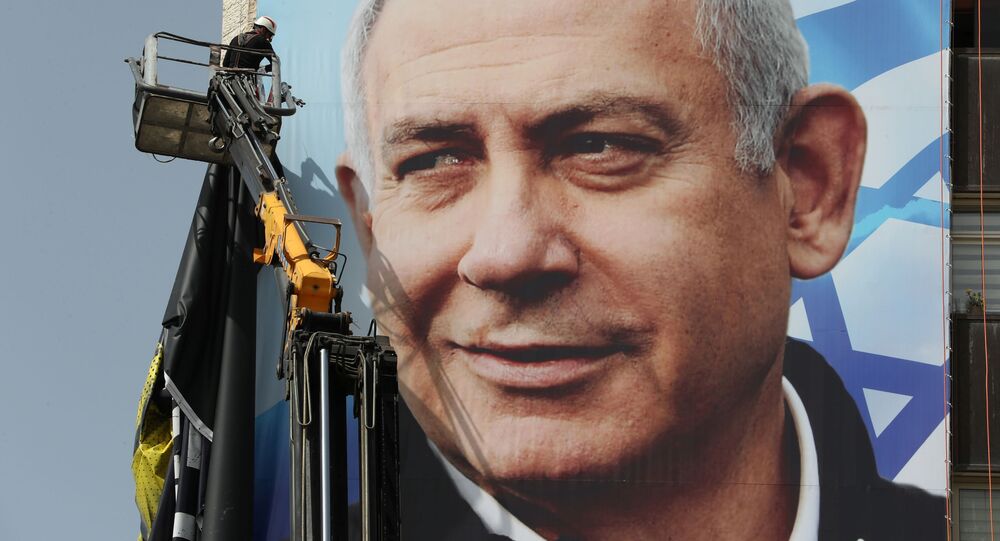 While some Israelis are still undecided, others have already made up their minds, saying that Netanyahu should remain the Prime Minister of Israel because of his grand achievements. Many others, however, say these are only myths.

With slightly more than a week left until Israel goes to the polls, many Israelis are still divided over the political camp or the party leader they will be voting for.

But there are also those who have already made up their minds, and for Shaked Niswani from the city of Nof Hagalil in the north of Israel, the answer is clear — he wants Prime Minister Benjamin Netanyahu to remain in his seat.

For him, as with many others who support the PM, Netanyahu is a “true leader,” who produced phenomenal results for the citizens of Israel, particularly the country’s mass vaccination drive.

“Netanyahu was one of the very first leaders, who recognised the importance of bringing vaccines to Israel. He realised the deficit that will hit the market and he put all his force to make sure we had enough of them.”

As of today, more than five million out of Israel’s nine million people have been vaccinated and authorities predict that if the inoculation process goes according to plan, Israel will soon go return to its pre-pandemic state, becoming the first country to do so.

These projections have already started taking shape. A week ago, Israel re-opened its bars and restaurants, which had remained closed for several months. The country’s education system has started to gradually return to normal. Hotels have begun to accept visitors, and Niswani pins this success on the deeds of the Prime Minister and his team.

“We see what’s happening around the world. While other countries are still under a lockdown and their death toll is high, Israel has started to recover. We are in a much better place and it is thanks to him [Netanyahu]”.

Israel’s economy still has its problems. In the end of February, unemployment rates were still high, registering more than 18 percent, as compared to pre-coronavirus times, when those numbers rarely exceeded five percent.

Suicide rates have gone up too, presumably because of COVID-19 and the economic crisis it caused.

Poverty has also become a growing problem, with the Jewish state registering two million people as living in need of constant assistance.

Niswani says he is aware of his country’s problems but believes Israel’s situation is “way better off” than that of many other states, whose economy has hit a low ebb.”COVID-19 has knocked out many economies around the world. But while it will take them years to go back to normal, Israel will do so within two months.”

However, these are not Netanyahu’s only achievements and Niswani “urges everyone” to look at his broader contribution to stability and security.

2020 has been touted as one of the safest years in the past decade, registering “only” 176 missile launches from the Gaza Strip, 90 percent of which hit uninhabited areas.

Israel’s northern border has been quiet too, apart from several instances that escalated tensions.

“It is Netanyahu’s policy that brought this success and above all, he has also brought Israel several normalisation deals that cannot be taken away from him,” said Niswani referring to the deals reached with the United Arab Emirates, Bahrain, Sudan, Morocco and Kosovo.

“This is the reason I will be voting for him, no matter what,” he insists.

Roni Inbar, from the city of Shoham in Central Israel, looks at these and other comments of Netanyahu’s supporters with concern.

For him, Netanyahu’s allegations of his “grand achievements” are a myth that needs to be busted.

“No matter where you look, you see that Israel’s situation is dire. Economy is on the brink and if it wasn’t for our hi-tech industry, we would have been gone already. The pandemic crisis has been mismanaged. And although Bibi did bring the vaccines, their efficient distribution is not his achievement,” he said alluding to the Jewish state’s four health service organisations that are responsible for the inoculation process.

Neither it is Netanyahu’s achievement, says Inbar, that Israel has witnessed one of its safest years, or the fact that it signed normalisation agreements with five Muslim nations.

“We are living in an illusion. Our security situation hasn’t changed for many years now. Iran keeps threatening Israel and keeps arming itself. The Palestinian issue is not addressed, nor solved. That crisis is poorly managed, and as for normalisation deals… it was thanks to [former US President Donald] Trump, not to Bibi.”

Inbar is certain that Netanyahu’s main concern is not the well-being of his countrymen. Nor it is their security or financial stability. All he cares about, he says, is “to evade prison”.

Netanyahu is currently on trial; he is facing bribery, fraud and breach of trust charges in a series of graft probes that include buying positive coverage and receiving gifts from a rich donor.

The PM denies all allegations against him, saying they are set to undermine his legitimacy and are aimed at ousting him from office. Many, including Inbar, find it hard to accept those claims, and they want to see him leave office.

“Netanyahu is not irreplaceable. He was not born a prime minister. He became one. And so can others, if they are given a chance. The only question is whether those who are now trying to replace him will manage to put their egos aside.”

Massive Fire Breaks out at Market in Emirate of Ajman, UAE, Reports Say

Netanyahu: ‘Best Friends’ Should Know Israel Will Not Be Obligated by Iranian Nuclear Deal