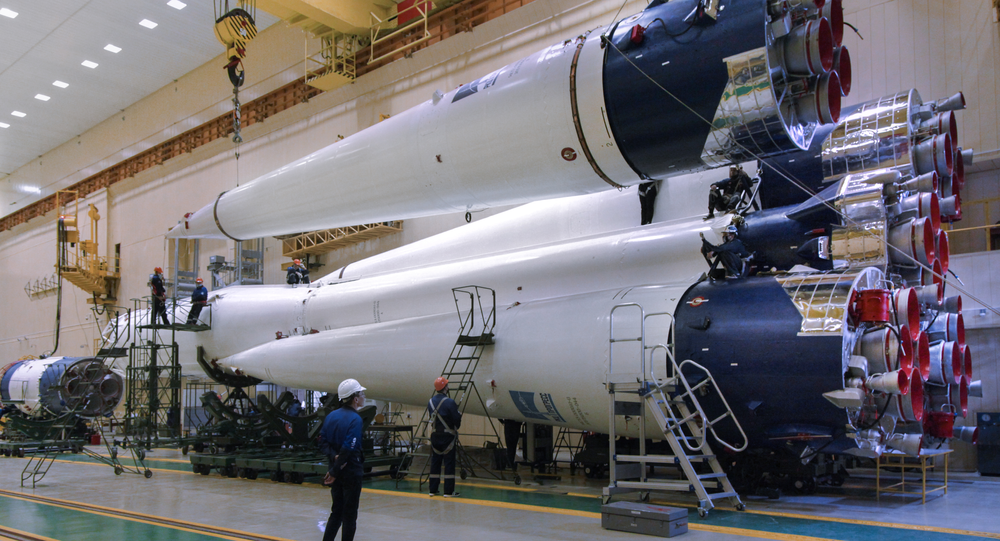 The Soyuz family of expendable rockets is by far the most frequently used launch vehicle in the world, with over a thousand successful launches under its belt, and a top-notch safety record thanks to its launch abort system. For nearly a decade, Soyuz rockets were also the sole means of transporting astronauts to the International Space Station.

Russia’s Soyuz-2 rocket has been given a new colour scheme, with the traditional grey-white-orange replaced with a fresh “corporate blue” and white look.

Roscosmos, the Russian space agency, released a series of images on Saturday showing off the new look, stating in a press release that the inspiration for the colour scheme was the prototype of the Vostok launch vehicle – the all-white R-7 Semyorka ICBM-derived rocket used to send both the Sputnik 1 satellite and Yuri Gagarin – the world’s space traveler, into orbit from the Baikonur Cosmodrome in 1957 and 1961, respectively.

The first Soyuz-2.1a with the new paint job is expected to be launched from Baikonur on 20 March, taking 38 spacecraft from 18 countries into orbit.

The change in colour scheme is the first of its kind since the Soyuz family of rockets was unveiled all the way back in 1966, with the rockets traditionally featuring a white nose cone, a grey transition compartment and orange tail section. Below that are grey blocks of the first and second stages, and orange stripe ringing the rocket’s boosters. After they are fuelled with liquid oxygen, the grey components of the rocket become covered with white frost, and at launch the rockets often appear to be almost completely white, apart from an orange frame.

Roscosmos says future launches under contract by its subsidiary Glavkosmos Launch Services (the space agency’s operator of commercial launch programmes) will use rockets painted in the new scheme, which coincides with the company’s official colours.

‘Who is the Bad Guy Here’: Bill Gates on Whether He Plotted COVID-19 Pandemic

Base on the Moon, City on Mars: Elon Musk Continues Pushing for Space Colonisation

Telegram App Down for Thousands of Users, Downdetector Says