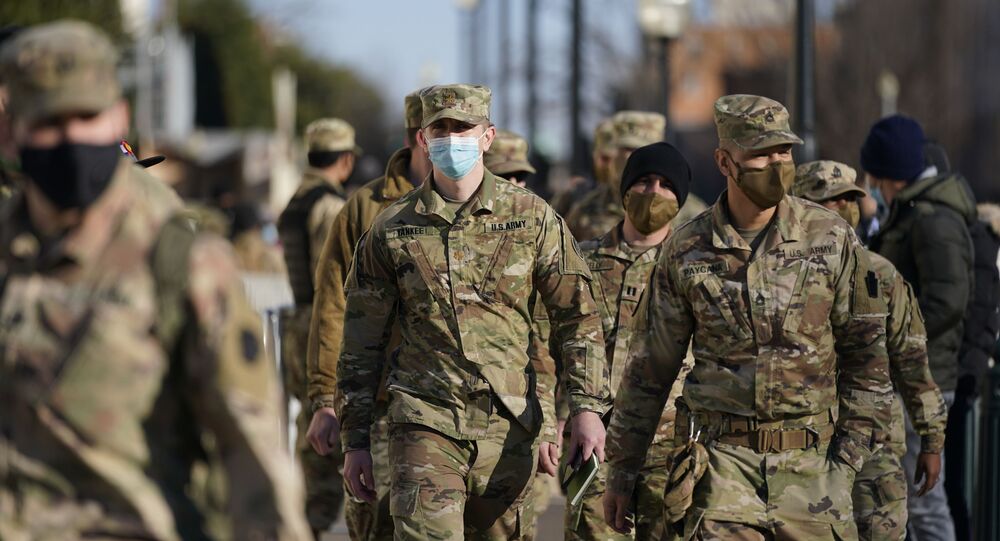 House Armed Services Committee Chair Democrat Adam Smith and ranking member Republican Mike Rogers have spoken against the National Guardsmen having been stationed at the Capitol complex after the 6 January riots.

“We are deeply troubled by the current level of security around the United States Capitol,” Smith and Rogers said in a joint statement, adding that more than two months after the 6th January events, the Capitol “remains heavily protected by guardsmen and surrounded by a perimeter fence”.

They said that the time has come to review what level of security is required, so the troops “can return home to their families and communities”. They added that “some level of support” from the Guard is required, but the heightened state of security “is not warranted at this time”.

The extended deployment will result in added costs for the Pentagon and erode the readiness of the Guard, the pair said.

The statement comes after Pentagon chief Lloyd Austin approved a US Capitol Police request for nearly 2,300 Guardsmen to remain through late 23 May.

Thousands of  National Guard soldiers are currently assisting law enforcement officers in protecting the seat of Congress in Washington DC, after the January 6 protests. The guards remained through 4 March due to online rumours of possible riots, which turned out to be false. The original Guard deployment deadline expires on March 12, but Capitol Police asked for an additional extension.

On 6 January, a Washington “Stop the Steal” rally in support of then-US president Donald Trump spiralled out of control with dozens of people breaking into the Capitol building. Five people died as a result of this riot.

Trump was accused of “inciting an insurrection” after that and impeached by the US House of Representatives on 13 January, but was later acquitted by the US Senate.

Trump, who called on supporters to oppose Joe Biden’s nomination “peacefully” during the rally, has denied his responsibility for the protests, saying that what he said was “totally appropriate”.

Homeland Security Secretary Urges Cubans, Haitians Not to Attempt to Travel to US

‘Not Worth an iPhone’: Netizens Mock Illinois McDonald’s Locale Over New Hire Incentive