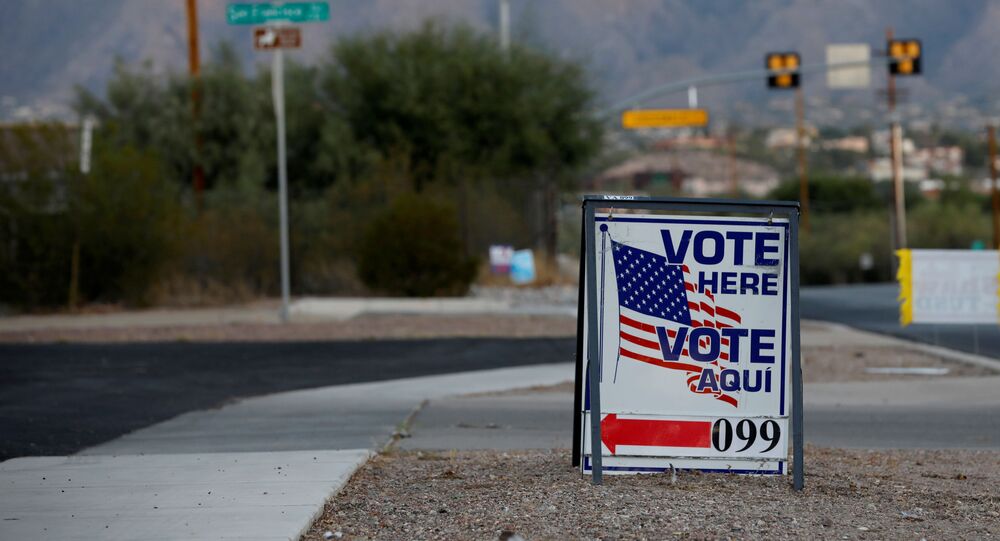 The ‘For the People Act,’ or H.R.1, passed by a 220-210 party-line vote in the US House of Representatives last week. Republicans who voted against the proposed legislation, which seeks to implement same-day voter registration, claim the bill is a partisan ploy to boost Democrats’ power in Washington.

Sen. Mike Lee (R-UT) railed against the proposed voting rights legislation during a Wednesday “Fox & Friends” broadcast, claiming “everything in this is rotten to the core.”

“This is a bill as if written in hell by the devil himself,” the GOP lawmaker said. “This takes all sorts of decisions the federal government really has no business making.”

In addition to the nationwide implementation of same-day, automatic voter registration, the bill also seeks to ​conditionally restore the voting rights of felons and to limit gerrymandering.

Lee told the outlet that the bill appears to be “an effort to ensure an institutionally, revolutionary-democratic party of sorts.”

The GOP lawmaker argued that Democrats are trying to use the bill to “remain in power for many decades to come.”

“It does this by taking away these decisions. Elections in America have always been conducted at the state and local levels,” Lee said.

Rep. Paul Tonko (D-NY), who voted in favor of the bill on March 3, argued in a same-day news release that the proposed voting rights legislation was necessary during a time when “foreign adversaries continue to attack our elections.”

“After four years of denials and lies from the last administration, we are committed to advancing this legislation that will root out corruption in Washington and work to ensure the voices and votes of every American are heard and respected,” he added.

“Senate Democrats are committed to advancing real solutions and fighting to uphold the core tenets of our constitution,” Senate Majority Leader Chuck Schumer (D-NY) said in January, announcing the Senate’s version of the voting rights bill.

“This legislation will bring about long-needed democracy reforms that will ensure that government is finally able to respond to the pressing needs of the American people. Anyone who believes in a government by the people and for the people should support this important legislation.”

“This is a landmark piece of legislation that is urgently needed,” US President Joe Biden said Sunday. “I hope the Senate does its work so I can sign it into law.”

The legacy of Selma is that while nothing can stop free people from exercising their most sacred power as citizens, there are those who will do anything they can to take that power away. As we reflect on the anniversary of Bloody Sunday, we must stay focused on the work ahead. pic.twitter.com/DDn1LFfqmi

Nevertheless, the bill is still awaiting consideration in the Senate, which is presently composed of 50 Republican and 50 Democratic lawmakers.

Sen. Bill Hagerty (R-TN) also spoke out against the bill during a Wednesday Fox News appearance, telling “America Reports” host John Roberts that Republicans are counting on Sens. Joe Manchin (D-WV) and Kyrsten Sinema (D-AZ) to “keep their word to maintain the filibuster.”

“As long as the filibuster rule stays in place, this will not become law,” he added.