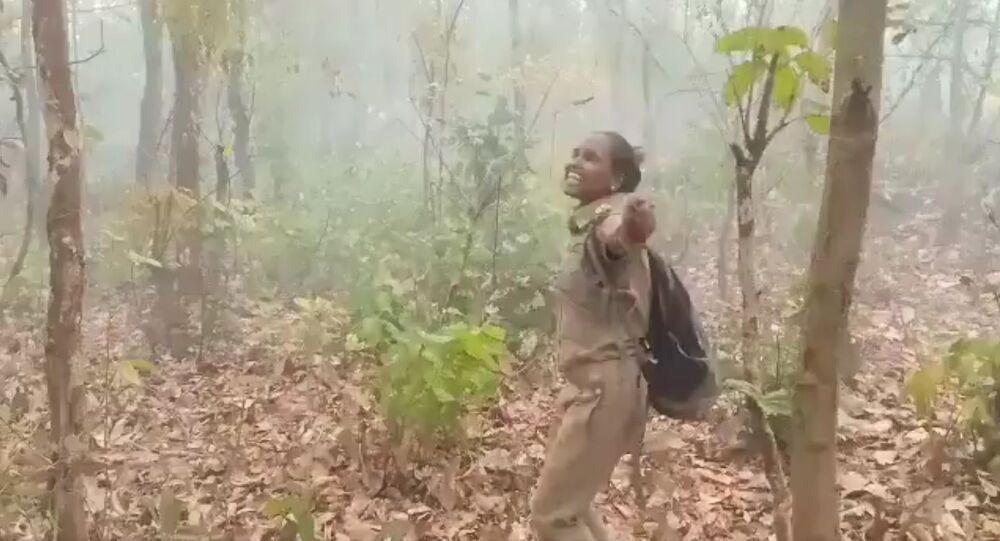 A forest fire was raging for over two weeks in the Similipal National Park in the Indian state of Odisha, which is home to a large number of wild animals, including tigers and elephants.

A video of an ecstatic forest official in the Similipal National Park who had been tirelessly working for the past two weeks to bring the raging flames under control, has gone viral with over a million views.

Indian forest officials as well as members of fire fighting units had been working overtime to douse the blaze, but with little results.

The forest officer is seen enjoying the moment with immense delight and twirling in the rain as the skies opened up and it started dousing the flames.

Netizens have responded warmly to her honest happiness and lauded her sincere emotions.

Local people n tribals who live near or inside forests are mostly genuine lovers of trees. Her happiness here is so true n natural, unlike of hyped, high profile, n self proclaimed environmentalists who only speak by holding broom in their gloved hands to media cameras.

Love and respect, Mrs Sneha Dahl Ma’am. Much respect to you and other Forest Rangers. May God bless you.

God hears the prayers of all true hearts

Hats off!
May her tribe increase.