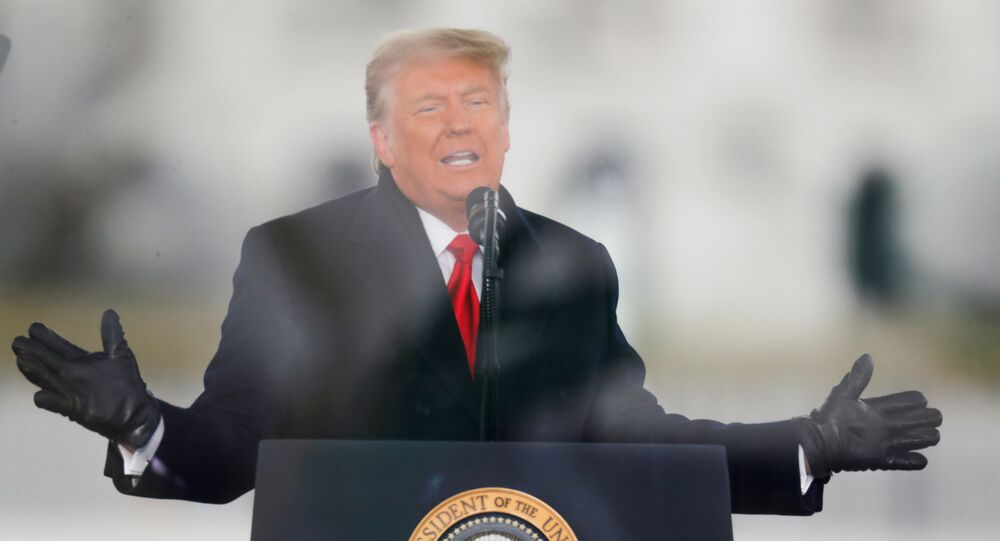 There are three Food and Drug Administration-approved coronavirus vaccine preparations on the market in the US. The White House expects to have enough doses to inoculate every American adult by the end of May. The Centers for Disease Control estimates that one in ten Americans have already been fully vaxxed using one of the preparations.

Former President Donald Trump has asked his fellow countrymen and women to “remember” his administration’s contributions to rush the rollout of vaccines against the coronavirus, issuing a short statement suggesting that a vaccine wouldn’t be ready for five years or more if it weren’t for him.

The statement came following an uncharacteristically glowing report by the New York Times on Wednesday giving Trump credit for getting the “key elements…in place” for the Biden administration to be able to expand and bulk up its vaccine production and distribution effort.

The Biden White House has balked at the idea that it should share credit for its coronavirus response with its predecessor, who approved the Operation Warp Speed public-private partnership to facilitate the creation and production of vaccines in May 2020.

Last week, Biden press secretary Jen Psaki told reporters that she didn’t think “anyone deserves credit when half a million people in the country have died of this pandemic,” and added that the Biden administration has faced critical “shortages” of vaccines and vaccinators to “get this pandemic under control” when it first stepped into office.

However, according to a recent analysis by ABC News, Biden’s vaccine rollout is largely based on a playbook created by the Trump team, with Biden claims that its efforts prompted Pfizer and Moderna to ramp up production said to be untrue. The report indicated that Biden’s vaccine distribution effort is based on a system created by Trump, and suggested that the recent effort to shore up supplies has been carried out by using Trump-era contracts.

The Biden administration has contracted Pfizer and Moderna for enough doses for 300 million adults, and ordered 100 million more doses from Johnson & Johnson after the pharma giant’s preparation was approved in February.

Trump: Distribution of COVID-19 Vaccine May Start in Mid-October