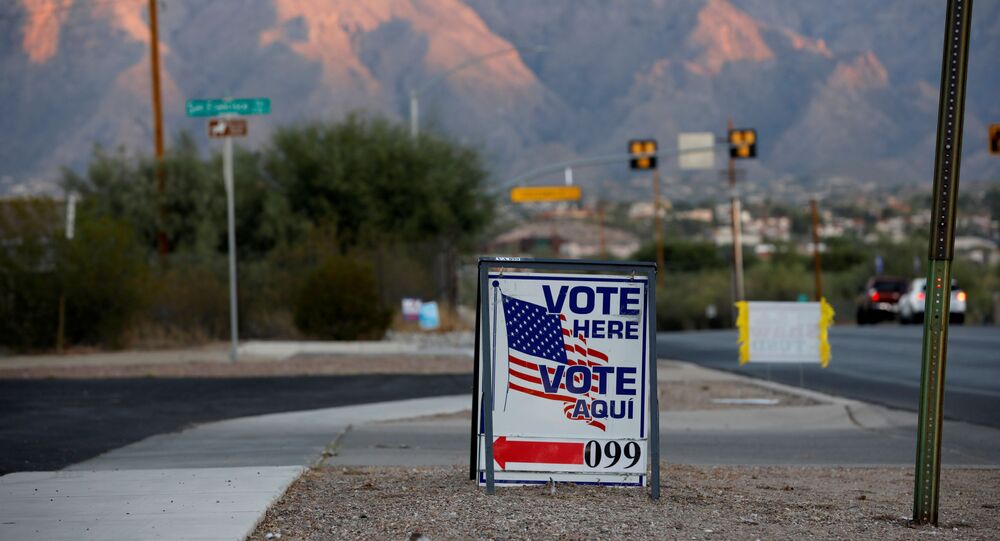 During the 2020 White House race, Democrat Joe Biden won Arizona by an 0.31% margin, marking only the second Democratic presidential victory in the state since Harry S. Truman won in 1948.

Dave Giles, Republican politician from Arizona, was a former candidate for the US House of Representatives who lost the election and is now seeking to challenge incumbent Democrat Greg Stanton to represent Arizona’s 9th Congressional District.

Sputnik: With Missouri’s Roy Blunt now the fifth Republican senator to step down in recent weeks, how does the wave of GOP resignations affect the party?

Dave Giles: I think that, a lot of these people that are stepping down, you’ve got some problem that’s not helping the Republican Party, so better then stepping down is going to provide an opening for somebody who will be more interested in supporting the Constitution and working for the people.

Sputnik: How could Republicans win back Arizona?

Dave Giles: There’s a couple of things we’ve got to do. We have to eliminate the mail-in ballots and eliminate the Dominion servers, because if that had not happened, I probably would have won this last election because I had ex-Mayor Stanton beaten in a debate hands down and that’s available on the internet. We have to get rid of the fraud voting, duplicate voting, dead people voting multiple times there.  I have friends that got two ballots. We got to clean up our voter registration rolls and we got to eliminate the mail-in ballots, and then I continue to do what I’m doing because I’ve won the Republican primary two times now. Republicans are the people that have chosen me. What we need to do is bring more of the Democrats over and keep the voting system legal and not corrupt.

Sputnik: What do you stand for? What are your plans for winning back Arizona?

Dave Giles: What we want to do is we want to keep the economy going good, providing jobs, low unemployment, education for people and keep our environment clean. There is a lot of things we can do that continue to do what we’ve done in the past, protect our borders, protect our American citizens first. I’ve talked before about how to deal with the people that are already here to get citizenship for them. I’ve gone through and explained before, there’s a few things you have to do to get citizenship, and one of them is apply.

Birtherism or Justified Concern? Why Harris’ Eligibility for Vice Presidency Thrown Into Question

What Would Socrates Say? Media Buff Gives the Lowdown on the Emoji