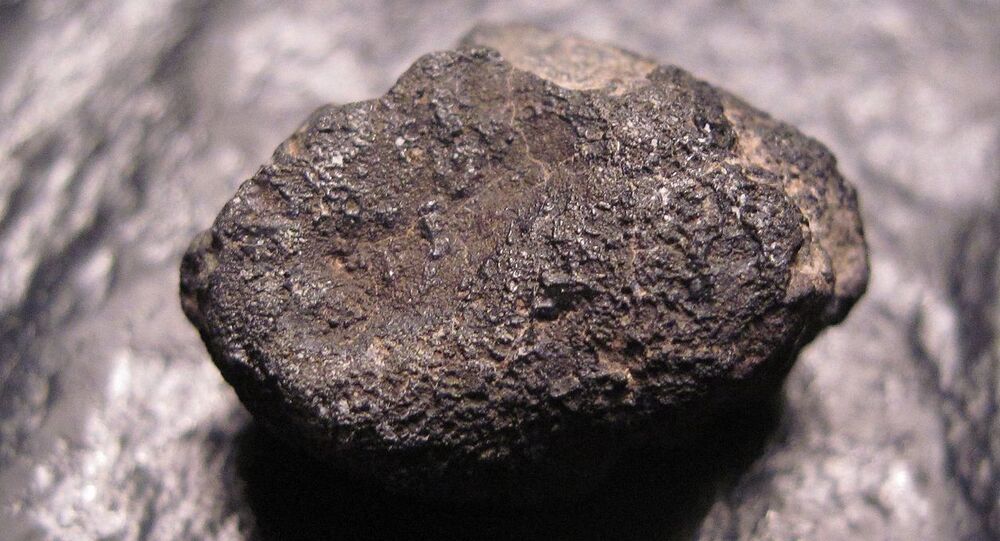 The celestial body that lit up the skies over Britain on 28 February prompted a major hunt, with hundreds of space enthusiasts scouring the area in search of small pieces that may have survived after a fiery trip through our planet’s atmosphere. One was discovered in the small market town Winchcombe, England.

British scientists couldn’t believe their eyes when they discovered a rare type of meteorite that had formed in the early days of the Solar System. Dr Richard Greenwood, a meteorite researcher at the Open University said his legs started trembling after a man, who wished to remain anonymous, showed him a bizarre small black stone he discovered near his driveway.

​This is the first time in 30 years that a piece of a meteorite was discovered in the United Kingdom, while the Natural History Museum in London, which cares for it described the finding as a “major event for UK science”.

What’s so Special About it?

The jet black rock, which is just several centimetres, is a carbonaceous chondrite type of meteorite. It has a chemical composition that is close to that of the solar nebula from where our Solar System appeared. There are about 65,000 meteorites in collections across the globe and only 51 of them are of the carbonaceous chondrite type. NASA and the Japanese space agency JAXA sent space probes to bring samples of the meteorites back to Earth. So one can imagine the joy of UK scientists when they got hold of one purely by chance.

“Carbonaceous chondrites are particularly special because they are essentially the left-over building blocks of our Solar System. Many contain simple organics and amino acids; some of them contain minerals formed by water – so, all the ingredients are there for understanding how you make a habitable planet such as the Earth”, said Dr Ashley King from the Natural History Museum, adding that nothing like this had ever been recorded in the United Kingdom before.

Researchers say studies of the meteorite will give them insight into what our Solar System was like before planets were there.
Scientists say it is possible that more fragments of that meteorite will be discovered soon as they urge people in the area where the celestial body landed to be vigilant.

Before Brexit Was Mainstream: How the UK Was Pulled Away From Europe Thousands of Years Ago