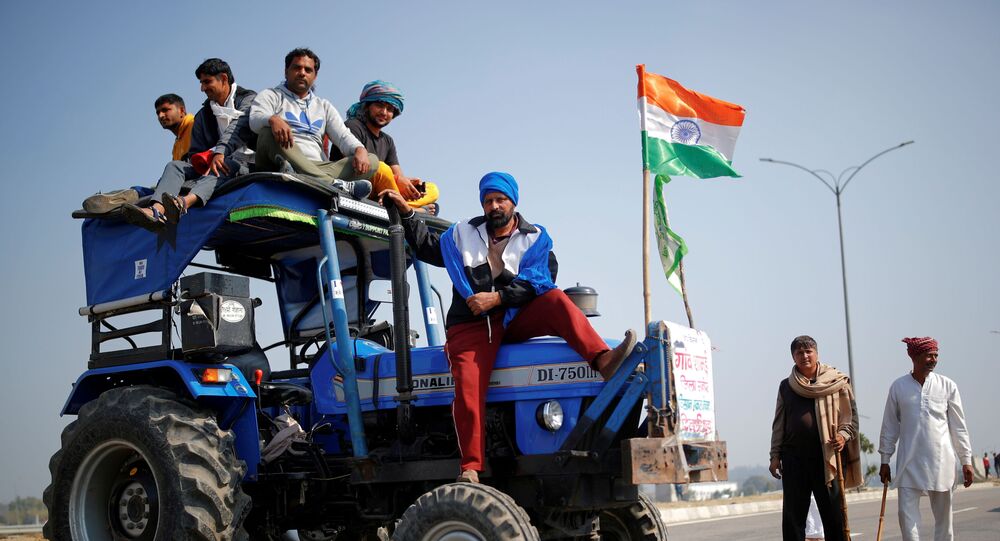 Since November 2020, thousands of farmers have been protesting against three farm laws passed by the Indian parliament in September. The large-scale protests have drawn much international attention.

A debate in the British parliament concerning the ongoing farmer protests drew criticism from India on Tuesday. Condemning the debate, India said that it was a “distinctly one-sided” discussion based on “false assertions”.

“We deeply regret that rather than a balanced debate, false assertions – without substantiation or facts – were made, casting aspersions on the largest functioning democracy in the world and its institutions”, the High Commission of India in London said in a statement.

​Netizens in India have reacted to the UK’s interest in the ongoing agricultural protests with mixed sentiments. While some slammed what they view as London’s interference in India’s internal matters, others saw it as a sign that the protests are gaining more attention around the world.

What about crime committed under British rule. Have you discussed that. What about wealth looted. Did you return them. Please discuss this and return our money back.

Everyone in the world supporting #FarmersProtest is crazy , and only Modi and his andhbhakts are right … What Nonsense !!! https://t.co/ntAhth8RyZ

LOL KEEP slamming everyone, but don’t face the truth alright? That’s the best you lot can do and embarrass us further instead of taking charge and FIXING issues. Starting with, @narendramodi attending a press conference! #GodiMediaAntiFarmer

​On 8 March, a 90-minute discussion was held in the House of Commons revolving around “farmers’ safety” and “press freedom” in India. The debate was held after Councillor Gurch Singh, a Liberal Democrat of Indian origin, put forth a petition in the UK parliament with over 100,000 signatures to discuss the aforementioned topics on an international level.

Along with Singh, several parliamentarians from the Labour Party, Liberal Democrats, as well as the Scottish National Party also raised concerns about the way the Indian government is handling the protesting farmers. 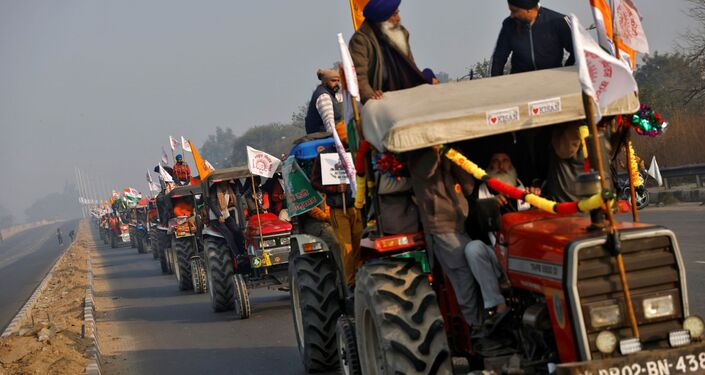 The British government said the “concerns will be raised with India when both prime ministers meet in person” – a meeting that is not scheduled in the near future as of now.

This is not the first time that India has slammed a foreign entity for commenting on the said protests.

At the time, the Indian Ministry of External Affairs suggested public figures should refrain from getting involved or influencing India’s internal matters.

Canadian Prime Minister Justin Trudeau was also asked by India to steer clear of the country’s domestic affairs after he commented on the demonstrations.

According to the farmers’ union Samyukt Kisan Morcha (SKM), over 248 farmers have died amid the protests in India. Most of these deaths occurred due to heart attacks, illnesses related to cold weather, and accidents.

Since November of last year, protesting farmers from the agricultural states of Haryana, Punjab, Uttar Pradesh, Madhya Pradesh, Maharashtra, and Uttarakhand have flocked to the outskirts of the nation’s capital, Delhi, to protest there. 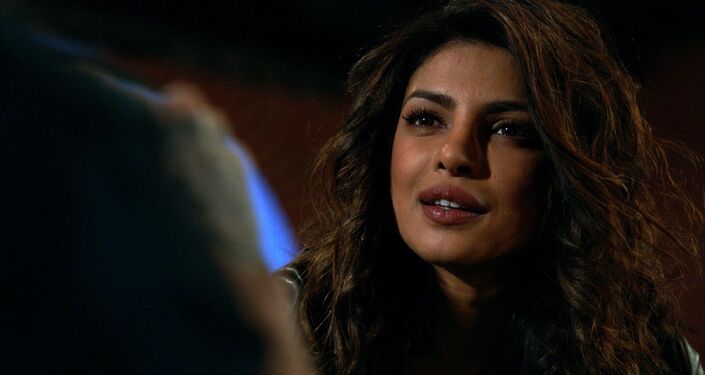 Despite several rounds of talks with the government, no common ground has been found so far.

The three pieces of legislation that stirred up this controversy are the Farmers (Empowerment and Protection) Agreement of Price Assurance and Farm Services Act, 2020, Farmers Produce Trade and Commerce (Promotion and Facilitation) Act, 2020, and the Essential Commodities Act 2020. They were passed during parliament’s Monsoon Session in September of last year.

The farmer leaders have vowed not to back down until the government revokes the three farm laws, which they believe are going to benefit big retailers.

Farmers expressed their anger fearing that these laws will dilute the minimum support price (MSP) system, as the new laws now require farmers to enter into supply contracts with any procurer across the country. Prime Minister Modi, on the other hand, has backed the laws, calling them “progressive”.