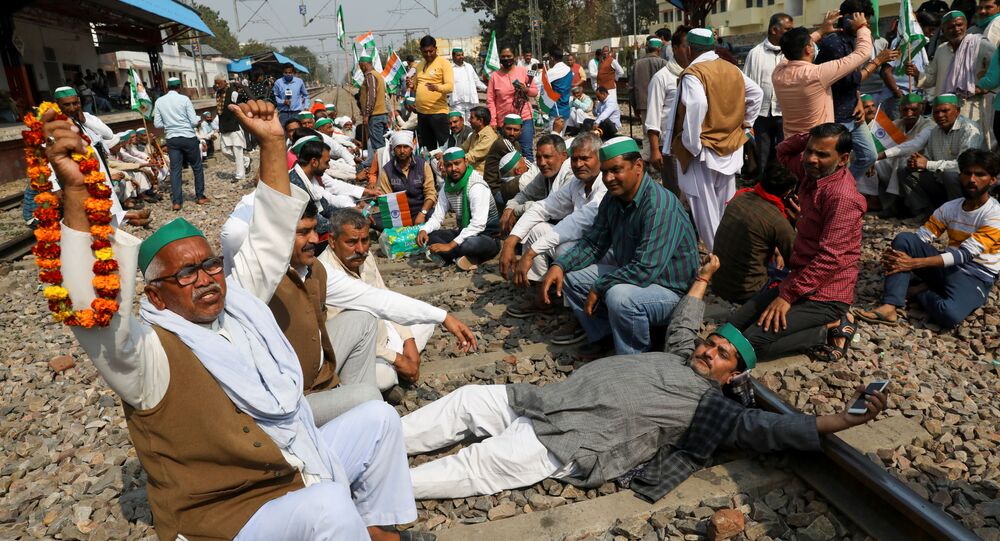 Since 26 November, thousands of farmers have blocked the roads leading to New Delhi from the neighbouring states of Haryana and Uttar Pradesh to protest against three farm laws the Indian parliament passed last September.

Not long after marking 100 days of ongoing protests, farmers demonstrating at several locations in India have asserted that they will stay firm in their demands despite attempts to scare them into ending their movement.

The reaction came hours after some unidentified individuals fired three shots into the air near one of the main protest sites, the Singhu border, on the outskirts of Delhi. Farmer groups have been protesting at this site against three contentious agriculture reform laws since last November.

According to the farmers, four men drove up in a car and fled after firing into the air.

“One of the miscreants from the car had an argument with us. They later fired bullets into the air. If they [the miscreants] want to test us or check our strength, then they should know that we are not scared of such attacks”, Paramjeet Singh of Samyukta Kisan Morcha, a united front of over 40 Indian farmers unions, tells Sputnik.

He further stressed that they would not back down until the farm laws are revoked.

After the incident was reported, a police team from Haryana’s Kundli rushed to the spot and launched an investigation.

“As per the details provided to us by the farmers, the miscreants are suspected to be from Punjab since the vehicle they used had a number plate of the state”, a senior Haryana police officer, speaking on condition of anonymity, told Sputnik.

He further stated that they are scanning CCTV footage of the area to learn the route of the vehicle.

The farmers are protesting against the Farmers (Empowerment and Protection) Agreement of Price Assurance and Farm Services Act, 2020, Farmers Produce Trade and Commerce (Promotion and Facilitation) Act, 2020, and the Essential Commodities (Amendment) Act 2020.

According to the government, the laws allow farmers to sell their produce at places apart from their designated agriculture market for state procurement. They also aim to allow contract farming under which they can enter into supply agreements with private firms for remunerative and pre-decided prices.

Farmers believe the new laws will pave the way for the dismantling of the minimum support price system (MSP), leaving them at the mercy of big retailers.

Surprise for the Enemy: What to Know About Rafale Jets as India’s Air Power Receives Major Boost