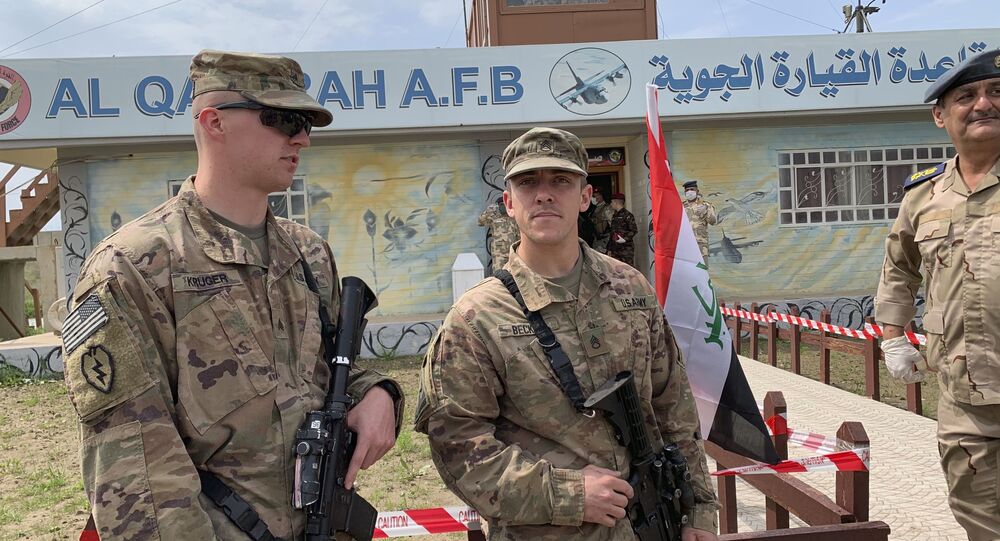 Earlier in March, an Iraqi base hosting American troops suffered a rocket attack that killed a US contractor. The attack was preceded by a US military strike in Syria, which the Pentagon believes left a member of an Iraqi militia dead and two others injured.

The US reserves the right to act as it sees fit to defend its interests in the light of a recent attack on the country’s forces in Iraq, US Defence Secretary Lloyd Austin has stated.

“We’ll strike, if that’s what we think we need to do, at a time and place of our own choosing. We demand the right to protect our troops”, Lloyd Austin said.

The Pentagon chief went on to add that the US has called on Iraq to carry out a probe into the 3 March attack, which left one contractor dead, to determine the perpetrators behind it so that Washington can respond to their actions. At the same time, Austin had seemingly already made up his mind about whom to blame for the rocket strike, saying that Iran would have to draw its own conclusions, after the US carries out its response.

Washington earlier blamed Iran for a 15 February attack on American positions in Iraq that left one American contractor dead. The US claimed that the attack was carried out by an “Iran-backed” Iraqi militia.

President Joe Biden ordered a military strike on 25 February on alleged positions in Syria of the militia the US presumes was responsible for the February strikes on American positions in Iraq, with the Pentagon claiming later that it killed one fighter and injured two more. Biden said the strike was a “message” to Iran that the US will not leave attacks against its troops unanswered. 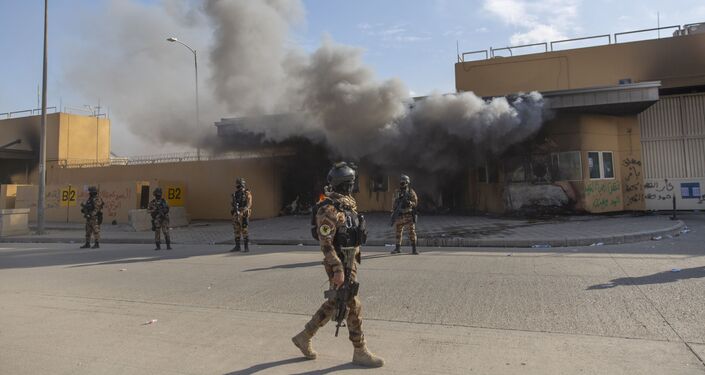 One Iraqi militant group, Harakat Hezbollah al-Nujaba, said the American airstrike targeted its infrastructure, while stating that the militia was not responsible for the mid-February rocket strikes on American positions in the country. At the same time, al-Nujaba’s deputy secretary-general, Nasr al-Shammari, stated that from then on, the group would reserve the right to target US interests in Iraq – something it had allegedly refrained from doing earlier due to an agreement with Baghdad.

‘Even More Fake’: Trump Does Not Believe Fox News Polls That Show Biden Leading, Refers to 2016