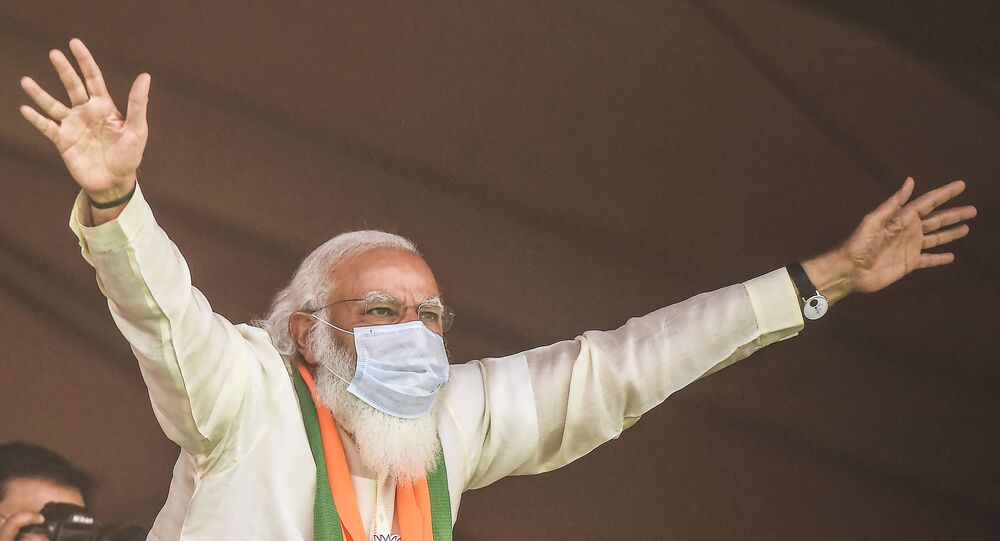 In 1977, the United Nations officially declared 8 March as International Women’s Day. Since then, this day has been observed every year to recognise the social, economic, cultural, and political achievements of women across the globe.

Taking pride in the accomplishments of Indian women across the country, Prime Minister Narendra Modi praised their “indomitable” spirit, as he greeted the nation on International Women’s Day on Monday.

A lot of netizens started reacting to his message in their own way.

Some praised his government’s various schemes for empowering women. However, some opted to react by criticising him for taking on state chief Mamata Banerjee in the upcoming West Bengal polls in public rallies.

On one hand you talk about women empowerment and on the other you are putting all your efforts in to de-empower a woman in Bengal. Let the sink in! The hypocrisy is glaring. Nehru ji aa zinda hote to bahut dukhi hote.

Real empowerment of #NariShakti by U Modiji
From Jandhan to Shauchalay Joyna, Ujjwala to maternity leave & many such schemes related to Women’s 🥰😍❤🙏#InternationalWomensDay #internationalwomensday2021 #HappyWomensDay2021 pic.twitter.com/fMNN28Dp4X

A woman in any form shall be celebrated and honoured, be it, a sister or a wife or a mother or any other form. Wishing you a Happy Women’s Day!
V Happy International Women’s
Day pic.twitter.com/RD1Yjz4d6S

Happy Woman’s Day To All The
Incredible Woman! Shine On…
Not Just Today But Everyday!

On the occasion of International Women’s Day, greetings and best wishes to all fellow citizens. Women in our country are setting new records and achievements in various fields. Let us collectively resolve to promote gender justice and eliminate inequality between women and men.

​India’s Defence Minister Rajnath Singh too appreciated the role of women in strengthening the foundations of the nation.

On International Women’s Day, I truly appreciate the role of India’s #NariShakti in strengthening the foundations of this great nation.

The government led by Prime Minister Shri @narendramodi is deeply committed to women empowerment in all walks of life.

On the occasion of International Women’s Day, railway stations in Uttar Pradesh’s capital, Lucknow, and the Chhatrapati Shivaji Maharaj Terminus station in Mumbai (Maharashtra) have been illuminated with pink lights.

Celebrating Womanhood: The iconic Chhatrapati Shivaji Maharaj Terminus lit up in pink ahead of #InternationalWomensDay in Mumbai, Maharashtra. pic.twitter.com/fdUDiCmzSD

​While the Charbagh Railway Station in Lucknow is considered architecturally the most beautiful railway station in the country, the Chhatrapati Shivaji Maharaj Terminus station in Mumbai also known as the Victoria Terminus is a UNESCO World Heritage Site.