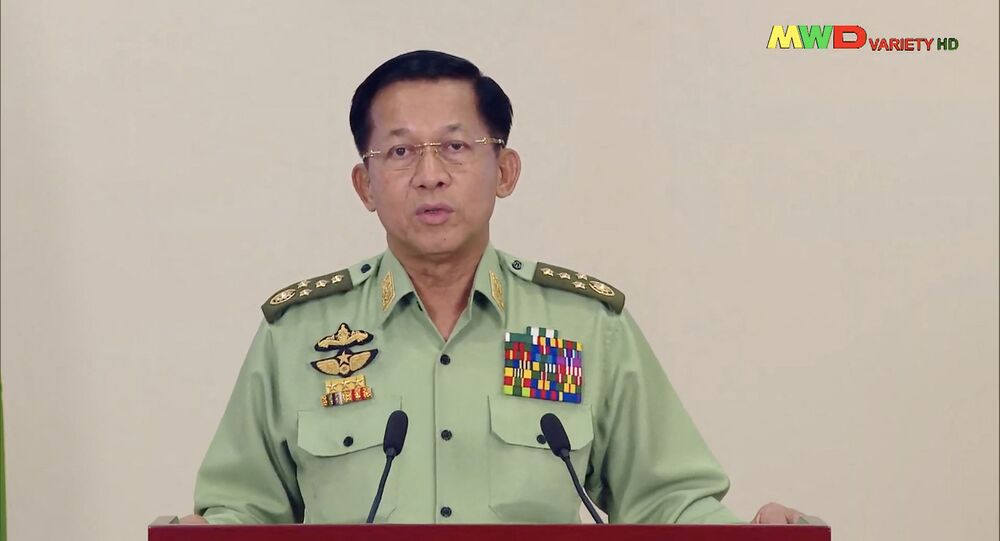 The country has plunged into uncertainty since the military staged a coup and arrested President Win Myint and State Counsellor Aung San Suu Kyi. The move triggered massive nationwide protests, with demonstrators occasionally clashing with police and pro-military supporters. According to the UN, at least 54 people have died during the protests.

Myanmar’s military has hired a PR agent to explain the ongoing situation in the country to the West, the Foreign Lobby reported, citing the country’s Defence Minister Mya Tun Oo. Ari Ben-Menashe said he had been hired to help the armed forces communicate with the United States and other countries, which he said had “misunderstood” the military.

Ben-Menashe said the military could prove that the past election was rigged and that ethnic minorities were blocked from voting. For several months, the military-backed Union Solidarity and Development Party (USDP) claimed that there had been widespread voter fraud. The election commission, however, dismissed the allegations. Ben-Menashe himself provided no evidence of voter fraud.

He also claimed that the coup was launched because the military wanted to prevent the government from getting closer with China.

“There’s a real push to move towards the west and the United States as opposed to trying to get closer to the Chinese. They don’t want to be a Chinese puppet”, he told Reuters.

He argued that the military was the best choice to oversee the country’s return to democracy, noting that the generals are not interested in politics.

“They want to get out of politics completely, but it’s a process”, he said.

He admitted he is being paid “a big amount” and will receive a bonus if sanctions against the military are lifted, apparently referring to the punitive measures recently imposed by Britain and the United States.

Over the course of his career, Ari Ben-Menashe has worked for Zimbabwe’s former President Robert Mugabe, Sudan’s military, and presidential candidates in Venezuela, Tunisia and Kyrgyzstan. Prior to his career as a political consultant, he served as an employee of Israel’s Military Intelligence Directorate from 1977 to 1987. In the United States, he is best known for claiming that in 1980, then presidential candidate Ronald Reagan was conspiring with Iranian revolutionaries not to release US hostages during his presidential campaign against Jimmy Carter.

What is the Situation in Myanmar?

On 1 February, the military seized power in the country and declared a year-long state of emergency. State Counsellor Aung San Suu Kyi, President Win Myint, as well as senior leaders of the governing National League for Democracy (NLD) party were arrested. The country continues to be rocked by protests, with people demonstrating against the military-backed coup. According to the UN Human Rights Office, 54 people have died since the coup took place. Other reports suggest that the death toll is much higher.

On 5 March, a UN special envoy urged the Security Council to take action against the military for the deaths of protesters.

Ex-CEO Slams Facebook’s Move to ‘Unfriend’ Australia, Says Zuckerberg is ‘All About Money and Power’