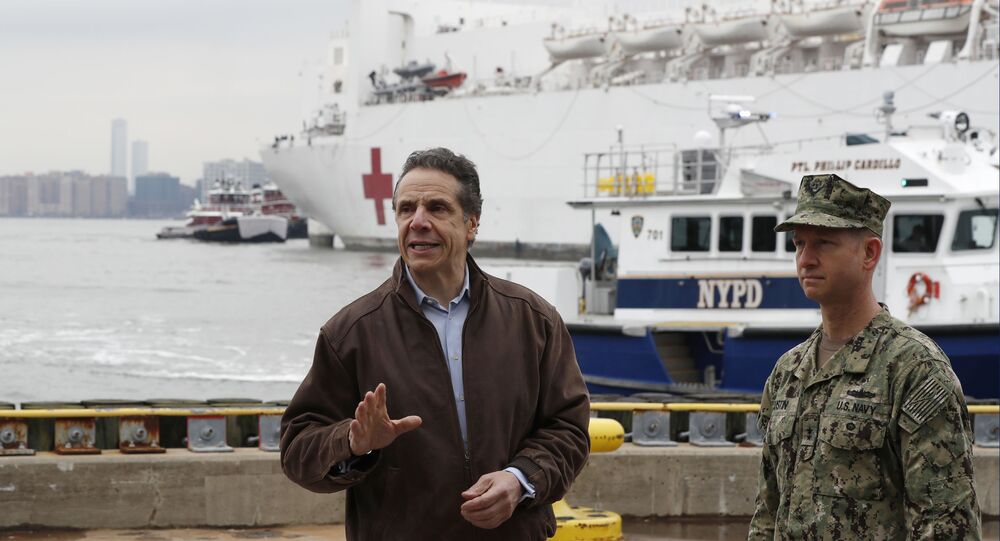 Andrew Cuomo has found himself in a heap of trouble over long-term care facility residents’ COVID-related deaths and sexual harassment allegations. Although Cuomo is not going to resign, his cases may have repercussions for his political future and hit Democratic governors who issued similar nursing home orders during the pandemic.

On 5 March, New York Governor Andrew Cuomo, whose time in office has recently been mired by two separate scandals, was stripped of emergency powers by the Democratic-dominated state legislature.

The same day, the Democratic majority’s leader in New York’s state Senate said that the governor should resign if “any further people” come forward to accuse him of sexual misconduct. Five women have made sexual harassment or bullying claims against Cuomo so far. NY Attorney General Letitia James has requested that the governor and his staff preserve all records that may be relevant to the sexual harassment probe.

A day earlier, The New York Times broke that top members of Gov. Cuomo’s COVID-19 taskforce rewrote a report from the state’s health department to hide the real number of deaths among nursing home residents last June. The FBI and federal prosecutors in Brooklyn are investigating the governor’s handling of nursing homes amid the coronavirus pandemic, according to an 18 February ABC News report.

The Double Scandal of Andrew Cuomo

Although Cuomo has repeatedly tried to downplay both scandals, he has nevertheless hired Elkan Abramowitz, a prominent criminal defence lawyer and former federal prosecutor, to represent his office in the investigation into New York’s misreporting of COVID-19 deaths among nursing home residents.

Hiring a prominent criminal defence attorney is an indication that Governor Cuomo is taking the growing scandal seriously, suggests Jason Goodman, US investigative journalist and Crowdsource the Truth founder.

“So far, no significant information about the probe has been revealed to the public beyond the fact that it is underway or at least being contemplated”, Goodman says. “It is difficult to say at this point what federal prosecutors may do or what determinations may be made”.

Still, one needs to keep in mind that previously Andrew Cuomo served as the state’s attorney general, the secretary of housing and urban development, and campaign manager for his own father’s gubernatorial campaign, so he likely knows or has worked with many of those who would be investigating him, according to Goodman.

​”I personally find it difficult to imagine such a deeply entrenched political animal of the swamp variety facing any serious repercussions”, the journalist remarks.

Previously, Charles Ortel, a Wall Street analyst who exposed General Electric’s massive financial discrepancies in 2008, raised serious questions about Cuomo’s non-profit, Housing Enterprise for the Less Privileged, but no investigation has come about, Goodman recalls. “As a member of one of New York’s best known political dynasties, Cuomo is a protected species”, the journalist adds.

No Evidence Trump or Campaign Ever Colluded With Russia in 2016, Senate Intel Chair Says